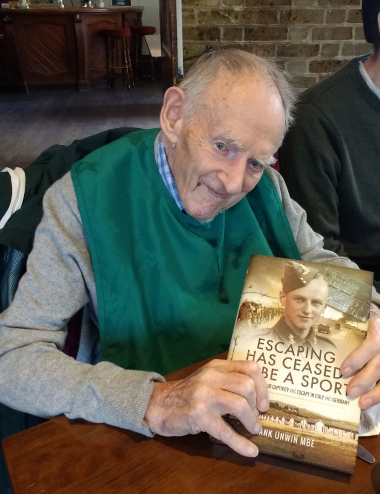 A Kent blind veteran who escaped a Prisoner of War camp has published a book about his wartime experiences.

Frank Unwin, 97 and from Orpington, authored the book ‘Escaping Has Ceased to be a Sport: A Soldier’s Memoir of Captivity and Escape in Italy and Germany’ which covers his several escapes from Italian forces and the bravery of the Italian peasants who sheltered him while he was on the run. The memoir also details his brutal experience of detention in a work camp in Germany and his participation in ‘The Long March’ in the spring of 1945.

Frank says: “For many decades after the War I would share my story with those around me, and people would always tell me I should write a book. Finally, aged 97, I’ve done it. The title comes from a notice posted to my amusement in all PoW camps saying ‘Escaping has ceased to be a sport,’ which I thought was very fitting for my memoir.”

Frank enlisted in the Army in April 1939 and was deployed to Egypt in November 1940 as part of the 234 Battery, 68th Medium Regiment, Royal Artillery. After defeating the Italian forces in the Western Desert, his regiment then sailed to Greece to support the Greek Army, although they were later forced to retreat to Athens after being overwhelmed by the German forces. 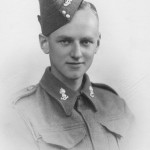 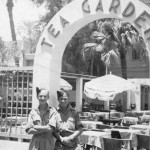 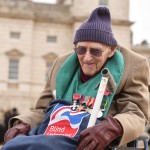 Frank Unwin marching at the Cenotaph in London, November 2017.

After being picked up by the merchantmen and ships of the Royal Navy, Frank was dropped at Crete, before again undergoing a forced evacuation due to a parachute attack.

In a subsequent convoy of two cruises and five destroyers, in which Frank was aboard HMS Orion, eight hours of constant bombing resulted in the loss of nearly 400 lives. Remarkably, Frank’s ship made it to Alexandria safely.

In June 1942, while in Tobruk, Frank was captured by German forces and taken as a prisoner of war. He was handed over to the Italian Army, who in turn transported him to Italy.

Frank recalls: “I was held for a year at prisoner of war camp No PG 82, which was in Laterina, Tuscany.

“In spring 1943 I managed my first escape, only to be recaptured within one week. Upon my return I joined an escape tunnel team, however just days before the tunnel was finished, the Italians signed an Armistice. This time, therefore, I was able to escape by simply cutting the barbed wire fence.”

After escaping, Frank sought refuge in the hills of Tuscany for five months. He explains: “I was taken in by the villagers of Montebenichi, a small picturesque hilltop village. They were risking their lives by sheltering me from the Nazis. It was a wonderful show of bravery and kindness.”

As the months passed and there was no news of the long-promised Allied advance, Frank and two fellow PoWs grew increasingly concerned that their families had not heard from them. They therefore left Montebenichi, however their attempt to rejoin the Allied Forces ended in recapture and transportation to Germany.

Frank spent a year of hard labour at a work camp based at a stone quarry. In March 1945, conscious of the advancing of the Soviet Army, camp guards ordered Frank and the other prisoners to march westward. He was eventually rescued by American troops six weeks later and returned to his family in Liverpool. On his return home he weighed less than six stone.

Despite the horrors he witnessed, Frank’s wartime experiences gave him a love of travel, something which ultimately led him to join the Foreign Office in 1958. He has kept up a lifelong friendship with the Italian families who helped him.

Frank says: “In 1949 I returned to Montebenichi for the first time to meet the villagers who had so bravely hidden me during the War, and after that I returned many times with my wife and family to spend time with them. I’m eternally grateful for the courage they showed during a very difficult time.”

Despite losing his sight over the past 15 years due to macular degeneration and caring for his wife Marjorie who had dementia and passed away in 2005, Frank, with the help of his daughter Betty, managed to complete his book. The memoir itself has been 25 years in the making.

Frank has been supported by the military charity Blind Veterans UK since 2014 who have given him equipment, training and support. He says: “I was at a ceremony in Italy for the 70th anniversary of the Italian Armistice, and someone handed me some information on the charity. Shortly after, I decided to make some enquires and, after an eye test, was told I was eligible for the support of Blind Veterans UK.

“Since then the charity has done a great deal for me. I’ve enjoyed visits to their Brighton rehabilitation and training centre, which includes respite care – a massive relief from the pressure of living at home alone.

“There are so many social events to take part in as well, including the WWII prisoner of war reunions at the Brighton centre, local lunch clubs and Remembrance weekend, where I joined other blind veterans in marching at the Cenotaph.”

“Aside from the social events, they’ve looked after me at home in various practical ways. I’ve received a personal alarm, stair rails in my garden, a talking clock and a talking watch and they also negotiated a significant discount for me in the purchase of a stair lift. Overall Blind Veterans UK has been invaluable in helping me to remain independent in my own home.”

Among those at his book launch in April this year were the President and supporters of the Monte San Martino Trust, which honours the courage of the Italians who sheltered escaping PoWs, along with some of Frank’s former colleagues from the foreign office and representatives from the Italian Embassy, the British-Italian Society and Frank’s church, Christ Church Orpington.

Frank is now very much looking forward to returning again to Italy in September this year with the Monte San Martino Trust for commemorations of the 75th anniversary of the signing of the Italian Armistice. He will be going with his son Peter and daughter-in-law Maggie. Frank is particularly delighted that they will be heading off a few days in advance in order to visit Laterina, where he was held prisoner for a year, and Montebenichi, where he was sheltered whilst he was on the run.

Frank’s book is available to order online in hardback via publisher Pen & Sword Books. To order your copy, visit pen-and-sword.co.uk/Frank-Unwin/a/3159