You are here: Home / News / News / Support running Veteran as he runs 100 consecutive half marathons for SSAFA, the Armed Forces Charity

Support running Veteran as he runs 100 consecutive half marathons for SSAFA, the Armed Forces Charity

Veteran Carl Shadrake has set the mammoth challenge of running 100 consecutive half marathons (one half marathon every day) for military charities including SSAFA, the Armed Forces charity to give back after receiving help himself for severe injuries. 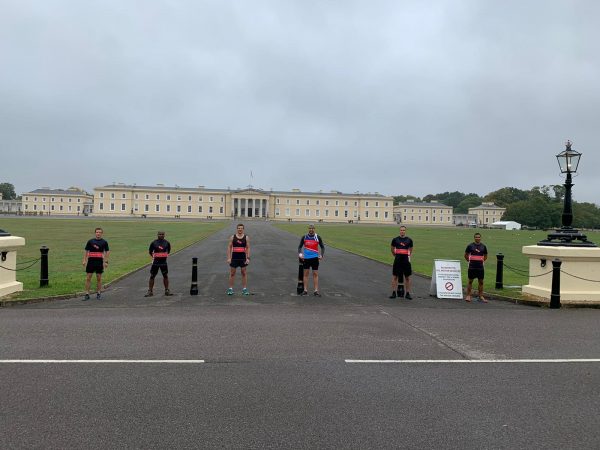 In March, Carl started the challenge of running 100 half marathons, tracking all runs with GPS on Strava. He had planned most runs with friends and the military community but as Covid-19 hit, plans had to be paused on day 11 out of 100.

On 20 July Carl was able to kick start the challenge again and will continue until he has completed all 100 half marathons.

Carl is a twice-wounded veteran, having served in Bosnia, Iraq and Afghanistan along with many training overseas exercises in Canada, Kenya and Germany. During his first tour of Afghanistan in 2007, he was wounded by a suicide bomber that killed his driver and wounded all of his team in the vehicle, resulting in a six month stay at Headley Court.

In 2012, he was deployed to Afghanistan for a second time and was again wounded when he suffered shrapnel injuries to his stomach, face and arms when an Improvised Explosive Device (IED) exploded in front of him. This injury caused enough damage for him to be medically discharged in 2014 and weeks after his injury, he received the devastating news that his brother, Jamie, who also served in the Grenadier Guards, had been shot and killed in action by the Taliban.

“I find myself in a position in my recovery journey where I believe I can and want to give back, I have chosen to aid two fantastic military charities in their quest to do amazing work helping our wounded, injured & sick (WIS) in the veteran community and those still serving.”

“This is going to be a huge physical and mental test, pushing me further than I have ever been pushed. All be it without the crowd support at organised events, if you can, please come along to one of the runs to support me with your pompoms or bring your running trainers & join me for a part of or complete 13.1 miles.”

Carl has already raised £8950 and if you would like to help support Carl reach his £15,000 target, please donate here : https://uk.virginmoneygiving.com/CarlShadrake