On Sunday 16 August The Taxi Charity for Military Veterans arranged for volunteer cabbies to drive 25 veterans from across London and the south east, to join over 100 veterans and their families  for an afternoon of entertainment at a special concert to commemorate the 75th anniversary of VJ Day at Danny House, Hurtspierpoint in West Sussex. 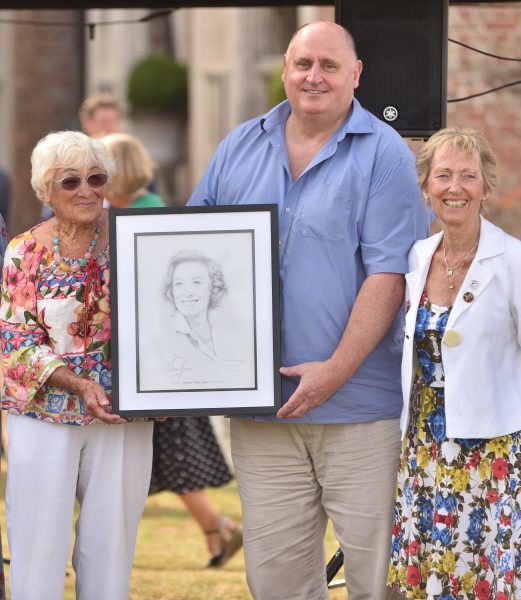 Organised by The Not Forgotten, a British Armed Forces charity for serving and ex-service men and women the event was part of a nationwide outdoor concert tour to entertain, boost morale and lift lockdown spirits by reaching 1000’s of veterans across the country.

Brigadier James Stopford, CBE, CEO of The Not Forgotten said:

“Sadly, events to commemorate VJ Day could not take place properly this year, so we were determined to help WWII veterans and those who have served their country mark this important day by bringing the celebration to them at Danny House.”

During the afternoon Dick Goodwin, Vice President of The Taxi Charity for Military Veterans, presented an overjoyed Burma Star WREN Pat Pern with a pencil drawing of Dame Vera Lynn which had been donated to the  raffle by the family of Dame Vera Lynn. Mrs Patricia Pern, 99, from Battle, served with the WRENS during WWII and was based in Trincomalee, Sri Lanka, as a decoder, at the end of the war.

“The Not Forgotten event to celebrate the 75th anniversary of VJ Day was a fabulous opportunity for our WWII veterans and our volunteer taxi drivers  to meet up and  take a trip down memory lane listening to  music from the 1940’s and enjoying a lovely picnic. During the afternoon I was delighted to present former WREN, Pat Pern with a signed picture of Dame Vera Lynn, our greatly missed charity Patron. Pat had served in Burma during the war, where Dame Vera entertained the troops, so it was most fitting that she won this fabulous raffle prize.”