You are here: Home / News / News / Frogmore House and Garden to open for annual charity open day for SSAFA, the Armed Forces charity on 6 June

Frogmore House and Garden to open for annual charity open day for SSAFA, the Armed Forces charity on 6 June 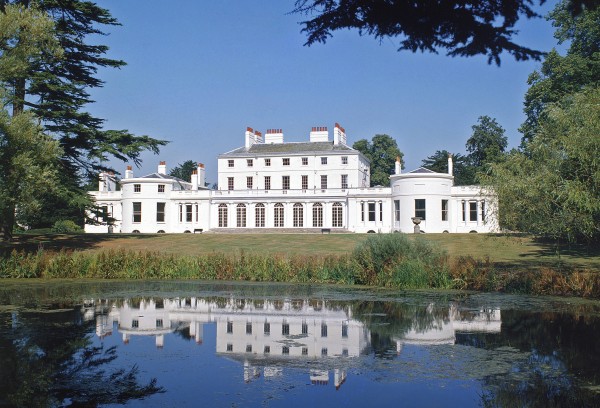 Frogmore House and Garden, the charming royal retreat set within Windsor Castle’s magnificent Home Park, will open to the public in aid of SSAFA on 6  June 2018 as part of the annual charity garden open days.

Built in the 17th century, Frogmore House became a royal residence in 1792 when George III purchased it for his wife, Queen Charlotte.  Since then, successive monarchs have enjoyed the tranquil surroundings and delightful interiors.  Although it is no longer an occupied royal residence, Frogmore House is frequently used by the Royal Family for private entertaining.

The interior of Frogmore House bears testimony to the interests and talents of the generations of the royal family who have resided there.  Queen Charlotte and her daughters’ passions for art and botany are reflected throughout the house, and works by the Duchess of Kent, who lived at Frogmore for almost 20 years, and those by her daughter Queen Victoria can be seen on display.

The 35-acre gardens at Frogmore House are one of its most enduring attractions.  First laid out for Queen Charlotte in the 1790s, they are based on a model ‘picturesque’ landscape.  In 1867 Queen Victoria wrote, ‘this dear lovely garden…all is peace and quiet and you only hear the hum of the bees, the singing of the birds.’  The design and planting scheme today incorporates additions made during the reigns of Queen Victoria and Queen Mary, as well as a number of trees and shrubs added to mark Her Majesty The Queen’s Silver Jubilee in 1977.  Today, visitors can enjoy gentle garden walks and views of Queen Victoria’s Tea House, the white-marble Indian Kiosk, and the 18th-century lake.

SSAFA provides lifelong support to the Armed Forces, veterans and their families in times of need. Beginning this vital work in 1885, this makes SSAFA the oldest tri-service, military charity running in the UK.  This year alone, staff and teams of volunteers have helped over 67,000 people – from World War Two veterans to those involved in more recent conflicts and their families.  It has become clear over more than 130 years of providing Forces support that everyone faces different challenges, so SSAFA uses a tailored approach to meet the needs of today’s serving community.  Whether it is practical, emotional or financial support – SSAFA is there to serve the Armed Forces family every step of the way.  To book tickets for the garden at Frogmore House on Wednesday, 6 June email mikeharding.ssafa@gmail.com.

Jonathan Sandall, Director of Fundraising at SSAFA, said: ‘SSAFA is delighted to be chosen as a beneficiary for the upcoming open days at Frogmore House and Garden.  This is a particularly special year for all involved, as SSAFA is also celebrating 100 years since both the end of World War One and the formation of the RAF.  As the oldest tri-service military charity in the UK, SSAFA is proud to have supported the military community since 1885.  We were there then, and are here now.  This opportunity will help us to continue providing vital emotional, practical and financial support for serving personnel, veterans and their families.’