DMWS proud winner of the Soldiering On Award 2018 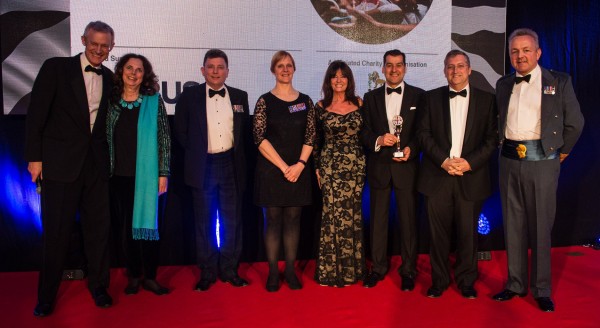 In recognition of the charity’s commitment to support the Armed Forces community in the UK and abroad, the Defence Medical Welfare Service (DMWS) has been awarded this year’s Soldiering on Award in the International Award category.

DMWS is rich in international history. Dedicated welfare officers have deployed to every major conflict since WW2 including Afghanistan, Iraq, Kosovo and The Falklands to name but a few, working alongside our medical staff in the Field Hospitals. To this day, the Charity supports injured and ill service personnel, veterans, their family members, colleagues and medical personnel through extremely difficult times with the aim to improve the wellbeing of those affected by a physical or mental illness. Celebrating 75 years of caring for those who serve, DMWS is extremely proud to be recognised for their work with the presentation of this top military award. 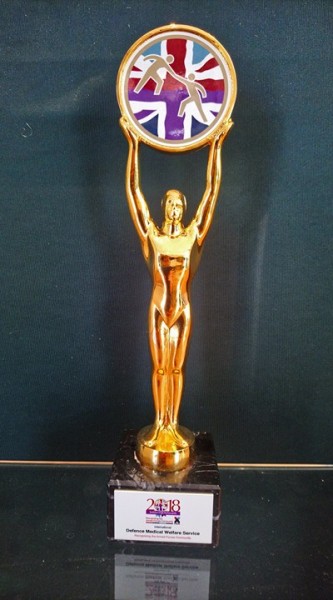 Soldiering On Awards nominations are judged by an independent panel and DMWS was announced as the winner in the International category during the black tie gala dinner at the Westminster Bridge Park Plaza Hotel in London on Friday 20th of April 2018.

Since 1943 DMWS welfare officers have been providing practical and emotional support to frontline staff and their families during times of crisis to ensure no one goes through the worry of illness or injury alone. Their outstanding achievements and comradeship demonstrated internationally made the Charity a worthy winner for the International Award, which was sponsored by AIRBUS.

Maryanne Burton, Chair of DMWS and CEO Paul Gaffney received the award on behalf of the charity. Paul said: “The Defence Medical Welfare Service is absolutely delighted to have been recognised for our work overseas. The timing of this Soldiering On Award in our 75th anniversary year is testament to our fantastic welfare officers who have helped the Armed Forces community at times of crisis in all major conflicts since its formation in WW2.”

The Soldiering On Awards, now in its eighth year, recognise the outstanding achievements of those who have served their country, and the diverse people and groups who work together in support of the Armed Forces community. Patron the Rt Hon Earl Howe welcomed finalists, nominators and sponsors to the ceremony which was hosted by Vicki Michelle MBE and Jeremy Vine.

Find out more and support the work of DMWS at www.dmws.org.uk

Notes for Editors
For immediate Release

The St John and Red Cross Defence Medical Welfare Service (DMWS) has been providing a person-centred medical welfare service to the Armed Forces Community since 1943. In that time we have supported over 1,000 000 patients and their families, ensuring that no one goes through the worry of injury and illness alone. Our highly trained welfare officers provide practical and emotional support to those receiving medical treatment. Recent new projects with organisations such as the police, the NHS and the probation service demonstrates the broad appeal of the organisation and its application to a wide set of frontline services. We are available 24 hours a day, 365 days a year. www.dmws.org.uk