SSAFA’s Gwent branch has had Four of its members honoured by being awarded the Sir James Gildea award. 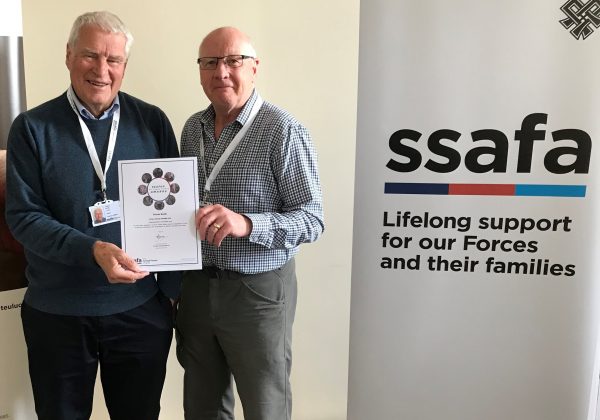 Rebecca Green who was based in Chepstow at the time was a caseworker before becoming a Divisional Secretary and then Branch Treasurer in 2021 but has since moved to Scotland. 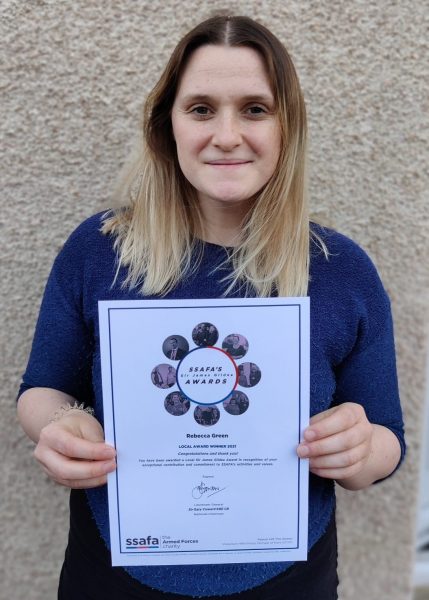 Trevor Scott from Abergavenny began volunteering for SSAFA in 2008. Starting as a caseworker then becoming a Divisional Secretary and eventually Branch Chairman in 2021. Now Publicity Coordinator for the Branch.

Chris Gibbons lives in Magor and joined SSAFA in 2016 as a caseworker. Having served in the Army and Chris now holds the post of Branch Administration Coordinator working closely with 104 Regiment Royal Artillery at Raglan Barracks, Newport where the SSAFA Gwent Branch office is situated.

Steve Boswell, Regional Operations Support Manager (Wales), served 24 years in the Army and upon leaving went on to work for Blind Veterans, before joining SSAFA, and has worked there for the last two years. 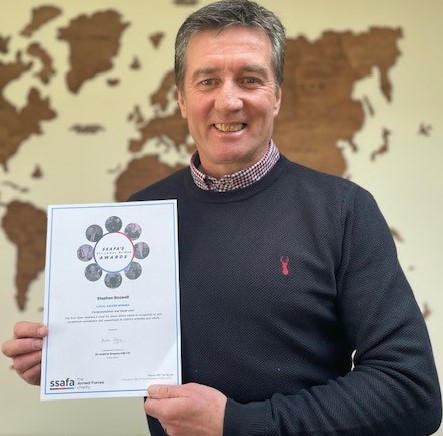 “I am extremely proud of this award and feel honoured to play my part with an incredible Team, working together to offer support to Veterans and their Families across Wales.”

“Although I do not come from a military background, I have a son-in-law who served in the Army; that’s why it is a particular privilege for me to be part of the team which is SSAFA Gwent and to have received an award for my work as Chairman in 2021”.

The Sir James Gildea awards are given to those in recognition of exceptional contributions and commitment to SSAFA’s activities and values from volunteers and employees both locally and globally.

The awards, who are named after Major (later Colonel Sir) James Gildea, an officer of the Royal Warwickshire Regiment who wrote to The Times appealing for funds and volunteers to look after those unfortunate families left behind when the Second Expeditionary Force set sail for Egypt in February 1885.

This appeal led to the eventual creation of SSAFA, the Armed Forces charity, making it the oldest Tri-Service military charity in the UK