You are here: Home / News / News / Forces Radio BFBS Now on DAB+ in the UK 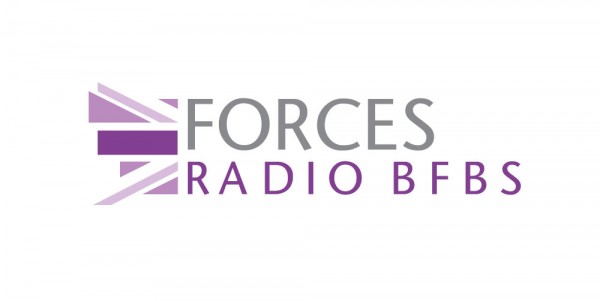 Forces Radio BFBS Now on DAB+ in the UK

Forces Radio BFBS, the ad-free broadcaster which entertains, informs, connects and champions the British Forces community, launched on DAB+ in the UK this morning.

Station favourites such as X Factor finalist, Jay James, and award-winning presenter, Hal Stewart, are part of the station line-up with their highly energetic, fun-packed music and entertainment radio programme, ‘The Big Show’.

Former Magic co-host, Verity Geere, and forces favourite, Richard Hatch, are now waking up the nation with their breakfast show every weekday morning on DAB+.

Search for ‘Forces’ or ‘ForcesRadio BFBS’ on your DAB+ radio, and for more information about how to tune in and check that there’s coverage where you are, see www.forces.net/dabplus

Listeners can also hear the station via the free app (search ‘BFBS Radio’ in the app stores), online at www.forces.net, on local FM in UK military locations and on digital TV (Sky 0211 and Freesat 786).

Forces Radio BFBS line-up on DAB + in the UK:

Hatch and Geere on Breakfast:  Verity Geere and Richard Hatch wake up the nation with everything new since yesterday and get members of the forces community involved. Weekdays 6.30-10am.

Totally Connected: The pick of forces stories from around the globe; competitions, guests and fun from the forces world to help the working day pass a little quicker. Weekdays 10am-1pm.

The Big Show:  Every day brings its own unique gifts on this show, from celebrity interviews to joining Jay and Hal on their travels around the UK on their ‘Big Show Big Days Out,’ visiting the Forces in their own surroundings with plenty of off-the-wall humour and great music. Tuesdays, Wednesdays, Fridays, 4-7pm.

Nicky Smith: Nicky takes the helm at the end of the day, with less talk (that’s pretty difficult) and more music! She’s joined by guests and covers a whole array of subjects, including the latest showbiz gossip. Weekdays 7-9pm.

Forces News: The latest national, international and specialist news about the UK Armed Forces, live on the hour EVERY hour from our own newsroom.