You are here: Home / News / Officers

Military skills and expertise provide the perfect antidotes to hiring shortfalls, but how do you find that essential next-step new role as you forge your next career?

The 50+ Job Seeker: How to navigate a rapidly changing jobs market

With the UK jobs market experiencing unprecedented challenges and the demand for vacancies difficult to predict, how do you maximise your chance of job success?

Scotland’s Officers’ Association are delighted to announce the launch of their new Scottish Executive Jobs Board. This in-house jobs board is a tailored list of roles suited to officers and their spouses.

Although rising job losses will continue to dominate the headlines in the weeks and months ahead as eye-watering unemployment numbers become worryingly familiar, for those businesses that are adapting and recruiting, the abilities of former military service personnel are cutting through.

Events with The Officers’ Association

The Officers’ Association have two new events coming up before the end of the year. 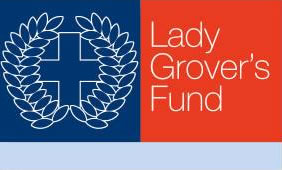 Nursing, hospital and home help cover to meet the unexpected costs of illness or injury.

A round up of July’s news from Officers’ Association.

What was it like to win the Officers’ Award last year?
It felt great to win the Officers’ Award, but it was still second place so of course I would be keen to try and win the overall Men’s Singles Race this year. I have been training hard to improve my timings. However, the competition will be even tougher, with the Army team developing into some of the best amateur athletes in the country and which should lead to an exciting championship.