Stories from The Poppy Factory’s diverse ex-Forces community are brought to life in a new exhibition, revealed in the charity’s centenary year at its visitor centre in Richmond-upon-Thames. 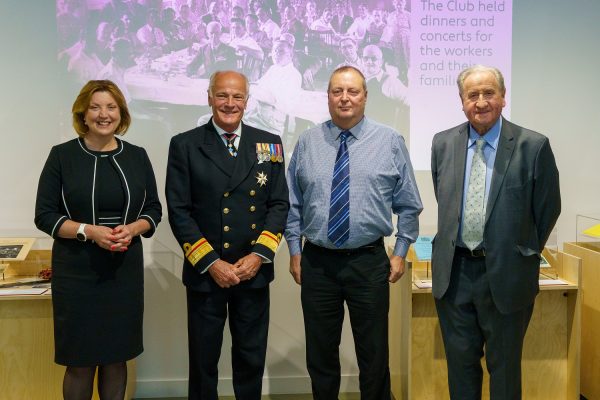 The personal legacy of the Falklands War is highlighted in one of four new displays unveiled ahead of the 40th anniversary of the end of that conflict. It includes contributions from Sara Jones CBE, whose husband H Jones was killed in action during the Battle of Goose Green. Sara went on to become a Trustee and later President of the charity, which supports veterans with health conditions on their journey into employment. 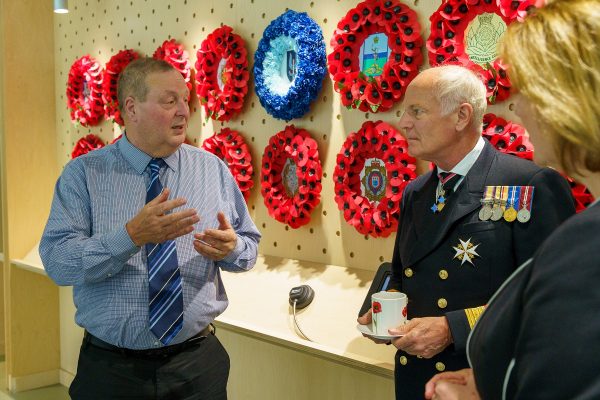 An artillery shell casing picked up from the battlefield in Port Stanley is also featured in the exhibition. It was brought home by former soldier Paul Clayton, who developed post-traumatic stress disorder from his experiences in The Falklands. 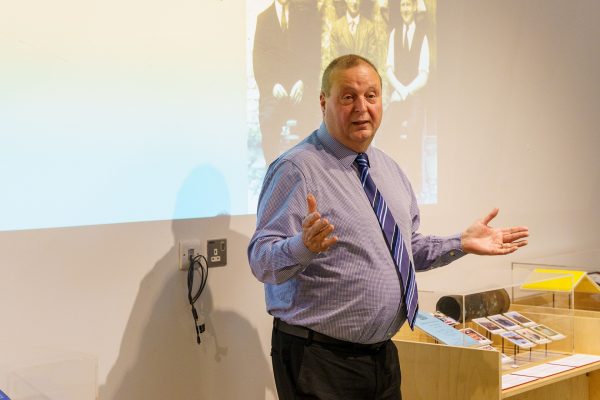 Paul, who was recently supported back into employment, said:

“It took me a long time to get back to the point I’m at now. The Poppy Factory helped in lots of ways.

“I held on to the shell casing for 40 years and I’m pleased to finally see on display, where visitors will see it and remember what we went through in the Falklands. A lot of people didn’t come back on both sides.”

The Falklands showcase is completed by an original copy of the Falkland Islands Review, signed by former Prime Minister Margaret Thatcher and kindly donated by Lord Lee of Trafford, who served as Defence Minister in the immediate aftermath of the conflict.

A Centenary of Community

Veterans who contributed to The Poppy Factory’s community in different ways are also featured in the new displays. They include First World War amputee Arthur Hurren, who began working at the factory in 1924 and became its first Sales Manager. His personal archive, kindly donated by his family, helped researchers piece together the social and personal history of the factory.

Second World War Veteran Noel Davies, who served in the RAF in north-east Africa before moving to London and joining the factory workforce, is also remembered, along with Merchant Navy veteran William Mutimer, who worked for the charity and undertook two fundraising climbs of Ben Nevis in the 1970s.

The expanded exhibition also includes personal stories and objects donated by veterans who have been supported into all kinds of employment by The Poppy Factory. And the final new cabinet highlights the story of the Tomb of the Unknown Warrior at Westminster Abbey, which commemorates the many British dead of the First World War who have no known grave. Its poppy-studded frame is refreshed each year by The Poppy Factory’s production team, who also produce by hand the many wreaths that are laid there each year.

“The Poppy Factory has long enjoyed a strong sense of purpose and community, which extends to those who choose to visit and support us at our home in Richmond. We are therefore delighted to launch this new exhibition in our centenary year. My sincere thanks go to all those who have contributed objects and shared their personal stories.”

The Poppy Factory visitor centre is open Monday to Friday for private, hosted group visits, which can he booked in advance online at www.poppyfactory.org/visit

Groups who would like to book a private, hosted visit of The Poppy Factory can do so throughout 2022. Individuals and smaller groups can also book to join a series of discovery sessions running in April, May and July. Book now at poppyfactory.org/visit

All funds raised through visitor centre bookings go towards employment support for veterans with health conditions in England and Wales.