1,000 wounded, injured and sick veterans supported into work by The Poppy Factory – and 20,000 more need help

At least 20,000 wounded, injured or sick veterans are struggling to get back into work after leaving the Armed Forces, according to The Poppy Factory, the UK’s leading employability charity for ex-service men and women with physical and mental health challenges.1

The Poppy Factory has reached the milestone of supporting 1,000 veterans with physical or mental health challenges back into meaningful work, following a summer campaign urging people to write or post a good luck message for a veteran on their first day in their new job.

Members of the public have shown their support by including the phrase #1000messages in social media posts and written messages since Armed Forces Week in June, helping The Poppy Factory’s network of Employability Consultants connect with more veterans with health conditions across the country.

Now the charity hopes to reach more wounded, injured and sick veterans around the UK. The Poppy Factory estimates there are at least 20,000 veterans of working age in the UK who have physical and mental health challenges are struggling to get back into work after leaving the Armed Forces.1

“We cannot thank the public enough for their support in getting behind our wounded, injured and sick veterans. We owe our veterans a debt of gratitude and we are so proud that everyone came together to help.  Our focus is on helping each veteran harness their own unique skills and abilities and by so doing move into long term meaningful employment. This means so much and will have a great impact upon their lives.” 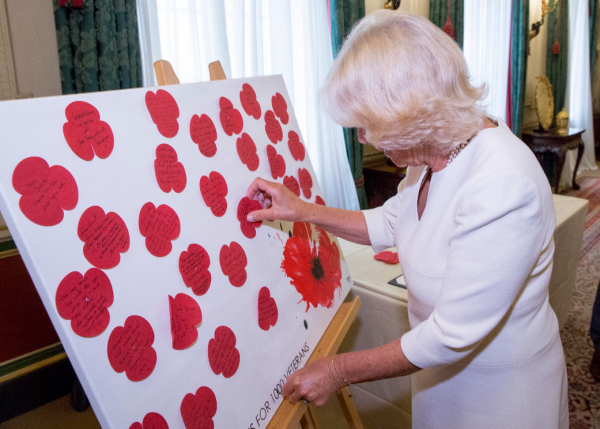 Father of two Danny Kitcher, 44, from Birmingham, the 1,000th veteran to be supported into work by The Poppy Factory, said:

“I served for over 12 years in the British Army with the Adjutant General Corps, as Combat HR Specialist. Unfortunately I broke my collar bone playing football for the Army, I had to have surgery and the injuries affected my spine and nerves, causing severe pain, numbness and tingling as well as mobility issues. It was very frustrating considering how energetic I’d been.

“It was a friend of mine who introduced me to The Poppy Factory. We served together and he was medically discharged too, and we talked a lot about how we could move forward. My employability consultant Becky was really helpful, working on my CV, linking me up with different opportunities and continually checking up on how I was doing.

“When I got a job at Jaguar Land Rover I was over the moon. It’s a great opportunity and I’m really enjoying it. I would like to thank The Poppy Factory for all the support they’ve given me.”

“I want to congratulate The Poppy Factory for its incredible achievement of helping 1,000 veterans into rewarding work, making Remembrance poppies and wreaths and working in civilian jobs across the country. The poppy is the centrepiece of Remembrance for millions and is an important symbol of respect and hope. As I wear mine this autumn I will remember the veterans at The Poppy Factory who made it and all those to whom we owe a profound debt.”

Speaking about his support from The Poppy Factory, veteran Chris O’Donnell said: 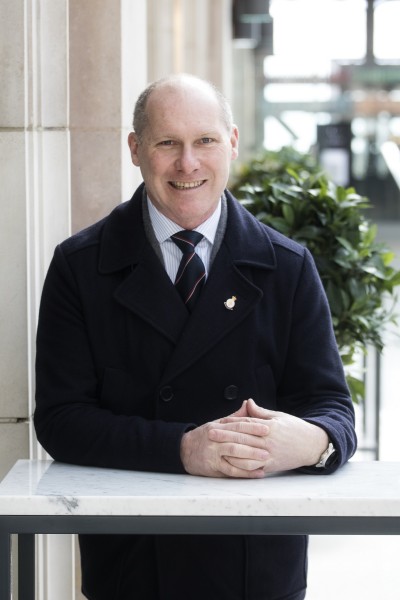 “I developed post-traumatic stress disorder following my time in the Royal Navy. The Poppy Factory helped me look for a career that would help me with my mental health. I can’t thank the Poppy Factory enough for the help and support they have given me. They opened my eyes up to what I can do and not what I can’t do.”

The Poppy Factory has been employing wounded, injured and sick veterans in their factory making Remembrance products for the Poppy Appeal since 1922 but in 2010 the charity started a programme to support veterans in their own communities get into jobs they want to do. The charity’s specialist employability team works tirelessly to help veterans with mental and or physical health impairments back into fulfilling careers.

Veterans who would like to find out more about The Poppy Factory’s Getting You Back to Work programme can visit www.poppyfactory.org, email gybtw@poppyfactory.org or call 020 8939 1837.

For more information, please contact Dan Hodges at The Poppy Factory on 07496 645 869 or email danh@poppyfactory.org

Picture caption: Veteran Chris O’Donnell was supported back into work with help from The Poppy Factory, and met HRH the Duchess of Cornwall at the Clarence House. (More pictures to follow from Clarence House event.)

The regional breakdown for the 1,000 veterans supported by The Poppy Factory since 2010 is as follows

About The Poppy Factory

The Poppy Factory (TPF) is the country’s leading employability organisation for veterans with disabilities. From its base in Richmond, Surrey, the charity provides tailored support across England and Wales to help ex-Forces men and women with physical or mental health challenges to return to meaningful work.

TPF works with many businesses around the country to transform the way employers think about employing disabled people.

The charity has helped over 1,000 individuals into work since it started its Getting You Back to Work programme in 2010. The Poppy Factory aims to deliver the most effective support for its veterans and the service is built upon a solid evidence base. This has ensured that over 70% of veterans TPF has supported into work, remained in work for 12 months or longer (which compares significantly higher than other services).

TPF also employs around 30 veterans and dependents with health challenges at its factory in Richmond, producing remembrance products for the Royal Family and for The Royal British Legion’s Poppy Appeal.

If you would like to support us or know more about our work please visit www.poppyfactory.org