Care after Combat today reached the remarkable milestone of 10,000 wellbeing activity packs supplied to Veterans in Custody across England and Wales. 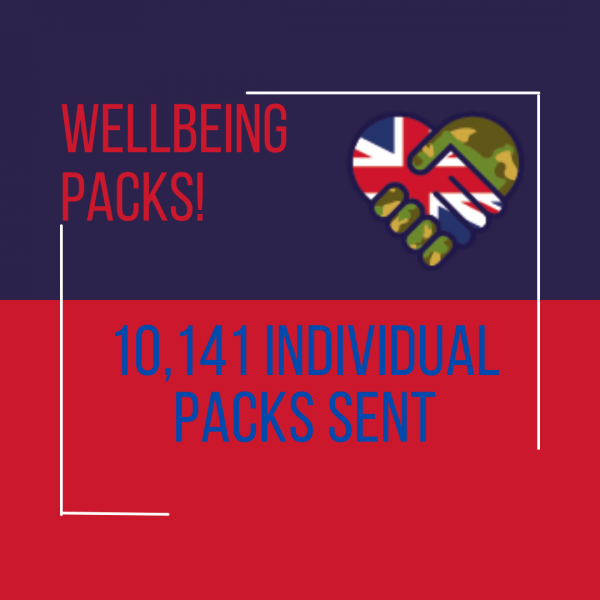 At the beginning of the Covid-19 pandemic in March 2020, in line with the rest of the country, prison services locked down with no access for external visitors. Identifying a need to continue engagement with Veterans in Custody and ensure that the Veterans the charity was working with at the time were not forgotten, Care after Combat developed a weekly wellbeing activity pack. With Veterans in Custody spending 23 hours locked in their cells, there was a need to ensure that they were kept mentally active.

“During an incredibly challenging time when access to our Veterans was seriously restricted, the innovative Remote Support Service, opened doors! The wellbeing activity packs, as a component part of this service, provided our veterans with a lifeline as they faced long periods of isolation. The activities promoted health, wellbeing, and a sense of belonging to a community, this is an important part of a veteran’s make up. It is not an exaggeration to say that the wellbeing/activity packs, were a contributing factor in saving lives during a very difficult time’.

Designed as a two-way communication with the Veterans, these packs had a military themed focus with activities that would ensure that the Veterans’ minds and bodies were active. The charity supplied paper and stamped addressed envelopes to ensure that communicating with the charity was not a barrier to participation. Veterans were reminded of the Care after Combat helpline number within the pack, operational as a 24/7 service for those that had immediate needs to be addressed. The wellbeing packs were and continue to be co-produced with ideas and veteran stories shared with other veterans in custody. All correspondence from the Veterans has been individually responded to and any brain teaser answers provided individually, to veterans who have engaged with them, in the next wellbeing pack.

“When we commenced delivery of the Wellbeing Packs in March 2020, I did not imagine we would be delivering our 10,000th pack. In the early days we went through a trial-and-error process to work out the most effective way to deliver the individually addressed packs to the veterans signed up to the service. Since then, honing the process has enabled us to expand the number of veterans we deliver to ensuring that more people are able to benefit from the overall wellbeing benefits that the pack provides.”

As prison services opened up, veterans have continued to receive the wellbeing packs on a monthly basis which has allowed for the expansion of the service to more prisons across the prison estate. Wellbeing packs now reach four times the number of veterans that were engaged with the initial service in March 2020. This month’s pack marks the 10,000th pack sent to Veteran’s in Custody.

The overall response from Veterans has been that they have felt they remain part of the Armed Forces community. Indeed, the pack has been described as a ‘life line’ by some veterans. “I can’t thank the people involved in these packs enough. Receiving these were a much-needed lifeline, especially during the start (and throughout) my sentence.”- A Veteran in Custody.

The service has received an independent evaluation from the University of Lincoln, which identified the packs helped to mediate experiences of loneliness, keep recipients motivated and provide a sense of hope. For further details and to read the full findings download the evaluation here: https://careaftercombat.org/independent-evaluation-of-bowman-wellbeing-activity-packs-university-of-lincoln/

Given the popularity and success of the Wellbeing packs, the team plan to continue delivery of them each month, aiming to reach as many veterans as possible.