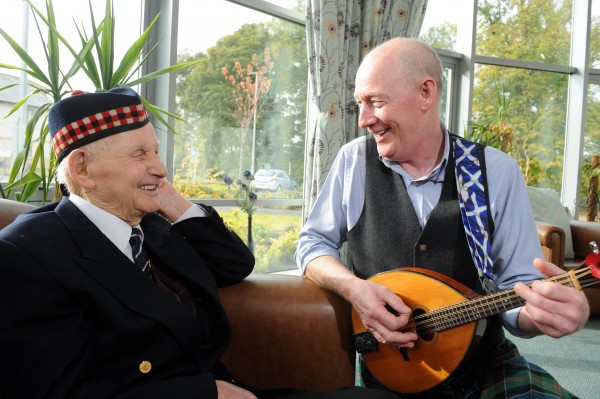 A multi-million-pound programme to support older Armed Forces veterans in Scotland has helped around 2,000 people in its first year.

The Unforgotten Forces project is a collaboration of 15 leading organisations, led by Poppyscotland, which is delivering a range of services and enhancements in areas including advice, access to healthcare, social isolation, respite and transport, along with creative activities and events for those in care settings. The consortium was awarded £4m of funding from the Aged Veterans Fund to run the project over three years.

Today marks the project’s first full year of operating and, with it, the welcome news that almost 2,000 older veterans have received help and assistance in that period. Scottish Veterans Commissioner Eric Fraser CBE, who launched Unforgotten Forces last year, said: “I know from experience that in serving with the Armed Forces you become part of a large family; leaving that cocoon can be daunting in both the short and long term. It is welcoming that projects are being funded to help bridge that gap by providing both practical and emotional help to those that need it. I wish the project every success for the next two years.” 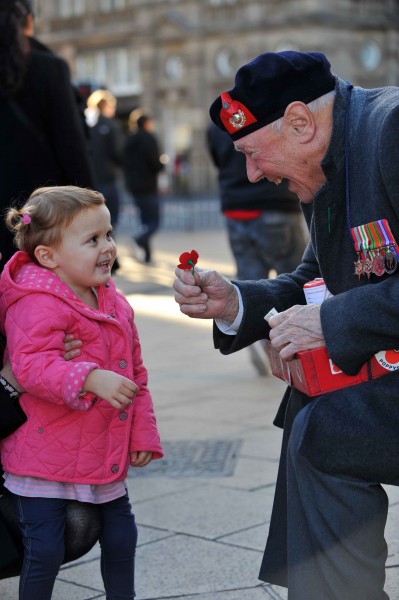 The project’s co-ordinator at Poppyscotland, Glen MacDonald, said: “Unforgotten Forces has enabled these separate charities to work together far more closely to help older veterans. The front-line staff now know each other well across Scotland and are very knowledgeable about the services that others can provide. As a result, we now have a much more ‘joined-up’ approach getting staff of different organisations connected to each other at the coal-face.

“All this has resulted in far better co-operation, cross-referral and mutual multi-disciplinary support for those older veterans who need support. In this way, for example, an older veteran referred for support with hearing loss or tinnitus might also benefit form social support, advice on benefits, a free holiday break or help with transport for essential travel. In short, the Unforgotten Forces project is now very well established and successfully delivering support to older veterans on a holistic basis.”

Another high-profile supporter of Unforgotten Forces is the star of popular BBC comedy Still Game, James Martin. James, who spent seven years in the Royal Navy having joined up in 1949, said: “It’s great to see that there is proper and lasting help in place for our older veterans. The funding that has led to the formation of Unforgotten Forces will prove vital as we seek to do the utmost to look after those who served our country with such pride, bravery and distinction.”

One heart-warming story to emerge from the project was a trip made last month to Wester Ross by four veterans in their nineties who served on the Russian Arctic Convoys during the Second World War. As well as attending a special ceremony, funding was put in place to allow the veterans to enjoy three nights in a hotel in Gairloch. The veterans described it as “a trip of a lifetime”. The break involved several members of the Unforgotten Forces consortium, including Poppyscotland, Fares4Free and the Defence Medical Welfare Service.