You are here: Home / News / News / 3 Weeks to go… Official countdown for veterans bid to sail around the British Isles 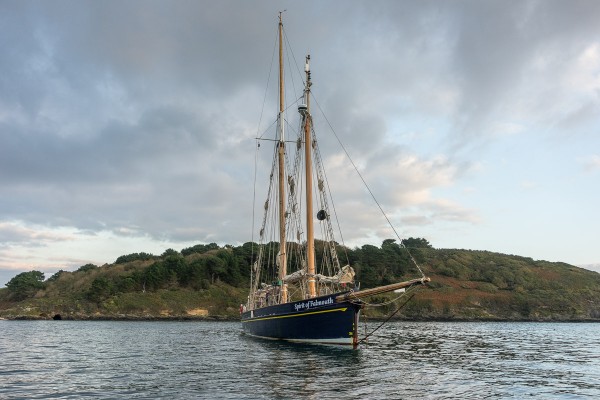 The official countdown is underway for the Endeavour Fund supported Turn to Starboard Round Britain Challenge, with just three weeks to go. On Saturday August 5, a team of veterans affected by military operations will challenge their minds and bodies by sailing 2,000 miles around the British Isles on board a tall ship.

The 8-week voyage, which is also supported by The Royal Marines Charity, will set sail from Falmouth in a clockwise direction and navigate Britain’s spectacular coastline visiting places such as Liverpool, Tobermory, Isle of Skye, Newcastle and Ipswich.

Seventeen crew members – many with little or no sailing experience – will work together to circumnavigate Britain on board a 92-foot tall ship to help participants re-engage, reintegrate and gain new skills to help start new careers.

The team will live, sleep and work on board the tall ship donated to the charity by The Prince’s Trust. At 92 feet, and weighing in at 88 tonnes, the vessel is as long as seven cars and weighs the equivalent of a blue whale. 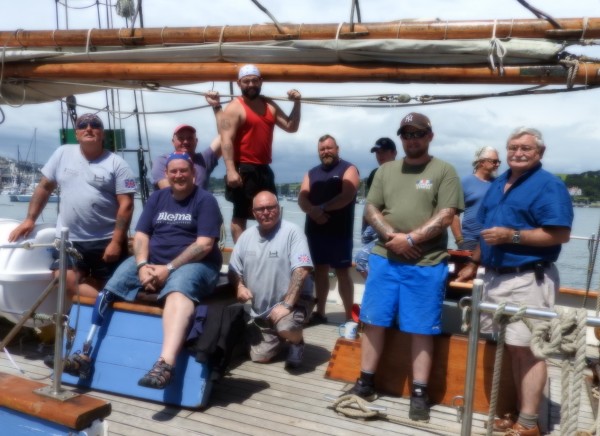 Learning the ropes: crew members of the Round Britain Challenge 2017

The epic expedition has been organised by Turn to Starboard, a charity based at Falmouth in Cornwall which helps hundreds of military personnel suffering with physical injuries or mental trauma by providing sailing courses and family sailing trips in a supportive environment. The charity was set up four years ago by former RAF leader and CEO, Shaun Pascoe. Shaun was the leader of a helicopter medical emergency response team in the RAF, yet after finding it difficult to adjust to normal life outside of the forces he embarked on a Royal Yachting Association (RYA) Yachtmaster course and within two weeks of sailing he felt in a better place. He now invests his time in helping others to feel the same and skippered the vessel on a similar expedition last year.

Shaun said: “Following the success of last year’s Round Britain Challenge, we are excited that The Endeavour Fund has agreed to support a second expedition to sail a group of veterans affected by military operations around the British Isles. Once again the aim of the challenge is to help participants re-engage, reintegrate and gain new skills while raising awareness of the challenges veterans can face after leaving Service life.

“Since completing last year’s challenge, 15 crew members have gone on to achieve Yachtmaster status or are close to gaining the coveted qualification. Our follow up research also found that the experience had a positive impact on participants lives and many are now engaged in another form of activity or employed. Preparations are in full swing for this year’s expedition and we hope it will help those taking part to regain the sense of value and belonging they were once so proud of.”

The lead supporter of the initiative is The Endeavour Fund, which offers funding for sporting and adventure challenges and helps emerging initiatives with advice, hands-on support and mentoring. The fund plays an important role in ensuring that more servicemen and women have the opportunity to rediscover their self-belief and fighting spirit through physical challenges.

Watch: Round Britain Challenge 2016 film documentary (available to use on your media channels)