How does 4 x 4 x 48 equal £5,080? When it is the total raised for SSAFA, the Armed Forces charity by members of Op NEWCOMBE’s Long Range Recce Group (LRRG) in Mali who undertook a gruelling challenge as popularised by American fitness guru David Goggins. 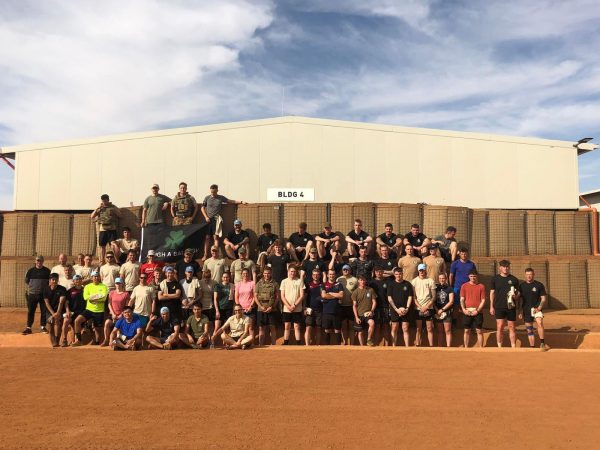 For those unfamiliar with the 4 x 4 x 48 challenge, it involves running four miles every four hours for 48 hours. Wearing body armour and carrying a dismantled L111A1 .50-cal heavy machine gun in 35°C is optional.

Organised by Leitrim (Republic of Ireland) man Sergeant Tony McEvilly of 1st Battalion the Royal Irish Regiment, the target was originally £1,000, but five times as much was raised.

“I knew I wanted to raise money for a military charity, and after reading up on lots of different charities, I chose SSAFA simply because of the wide variety of work it does and the impact it has providing practical, emotional, and financial support to our Forces and their families.”

Tony, now based in Tern Hill, Shropshire explained that they ran four miles every four hours for 48 hours starting at 1200 on New Year’s Eve, finishing at 0800 on January 2, and had around 90 people taking part from the LRRG, as well as some of the German Task Group, who joined them.

“With it being so close to Christmas, and with money a bit tight for some, I set what I thought was an ambitious target of £1,000. To have hit five times that amount was a big shock to me, as people really dug deep at a time of year when most people have very little spare money.

“But as well as the amazing amount raised for SSAFA, the Task Group has come together, and we’re planning more events to challenge ourselves and raise money for charities.”

Tony has now closed his GoFundMe page for this challenge, but for more information about SSAFA, visit ssafa.org.uk.