On 17 July, the Tri Service & Veterans Support Centre united 97-year-old veteran Bert Turner with a plane called the Short Stirling Bombers at Alconbury Stirling Project. 75 years ago, Bert flew planes like this one during the Second World War. 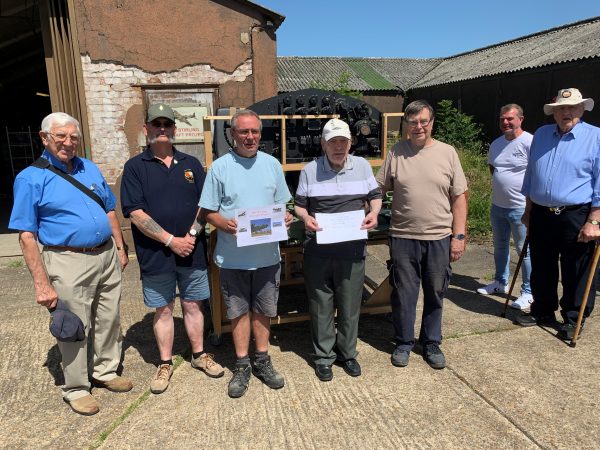 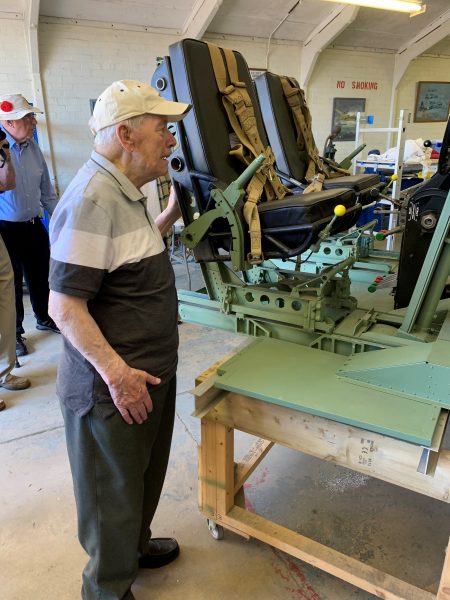 Bert volunteered for the RAF in 1942 and by December 1943 was assigned to a squadron to start flying. His missions were based in Europe, in Stirling aircraft, as part of a crew of seven.

“I did about four bombing runs, but mainly I supplied the SOE, toed gliders, and dropped para-troops.”

“You started action when you got in the aeroplane in England. We were briefed for whatever we were going to do. You got in the aeroplane, took off and then you were in action. It didn’t stop until you landed again. A lot of it was very boring. Some of it was very hectic. I know that sounds ridiculous, but it’s the best way of explaining it, honestly.”

Sent on risky missions, Bert was shot down twice, but survived, earning his place in the Caterpillar Club – for bailing out of his aircraft using a parachute.

“We took Bert because he flew in the short Stirling Bomber in the Second World War as a flight Engineer. He was shot down twice over Arnhem and managed to get back to the UK safely both times.”

“Bert is visually impaired, but he knew what he was looking at and it was worth £1million to see him sitting in the dicky seat and looking at the controls that he had to check for real in the war. He was at home with his memories on that day and it was a pleasure to be with him.”

“Bert is an incredible man, and I am so pleased he got to spend the day at the Stirling Project. We are extremely proud of our veterans and their service.”

SSAFA has been providing lifelong support to our Forces and their families since 1885. If you are currently serving, a reservist, a veteran or from an Armed Forces family and need support in the Staffordshire area, contact Staffordshire.branch@ssafa.org.uk, call 01785 212 680 and visit ssafa.org.uk/staffordshire