The anniversary of the surrender of Japan, known as VJ Day, is on 15 August. WWII Veterans Roy ‘Doug’ Miller and Alfie ‘Fred’ Lee were both serving in the Far East when Japan surrendered 76 years ago, they shared their stories with the Taxi Charity.

“We had no idea what to expect and nothing could prepare us for what we would witness over the next five years.” 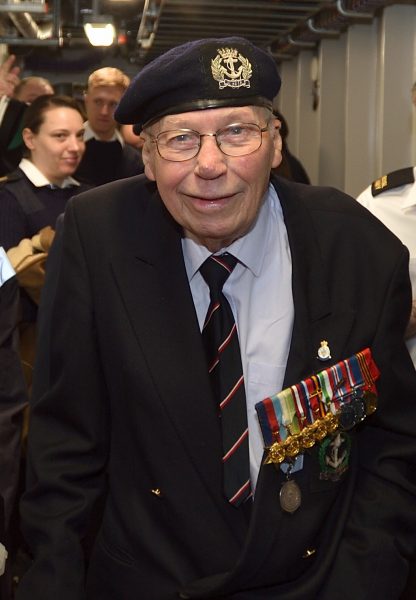 At the beginning of the war, Doug was involved in the Russian convoys on board the halcyon class minesweeper HMS Bramble and counts himself as one of the lucky ones.  He was transferred to the illustrious-class aircraft carrier HMS Indomitable which was able to handle 48 aircraft, just before Bramble was sunk in December 1942, with the tragic loss of all lives.

Doug was on active duty as a Ship’s Gunner in the Far East for three years on board HMS Indomitable. On 4 May 1945 the Indomitable was hit by a Kamikaze, but her armoured flight deck saved her from serious damage. In August, with the war ending, Indomitable supported the liberation of Hong Kong and the Japanese surrender. Her aircraft flew the carrier’s last combat missions of the war against Japanese suicide boats which were attacking British forces. Doug remembers vividly that the Japanese didn’t want to surrender, and the ship’s crew were warned that many Japanese aircraft hadn’t surrendered and to be alert and ready to shoot them down.

During the week after VJ Day Doug helped guard government buildings in Hong Kong before the Indomitable returned to Sydney.  He has eight campaign medals including the Burma Star with Pacific Clasp and is an active member of the Burma Star Association.

In February 1945, Alfie “Fred” Lee, now 95, headed to the Far East on board HMS Nith. Despite having been on the Nith for some years he encountered his first taste of very rough sea in the Bay of Biscay. After a few days leave in Gibraltar, HMS Nith headed to Bombay via Aden. In Bombay they picked up five landing craft to take to Rangoon. Unbelievably Fred’s brother Frank was on one of the landing craft, Fred hadn’t seen him or heard from him for a long time and had no idea that they had both been at D Day in Normandy a year earlier. 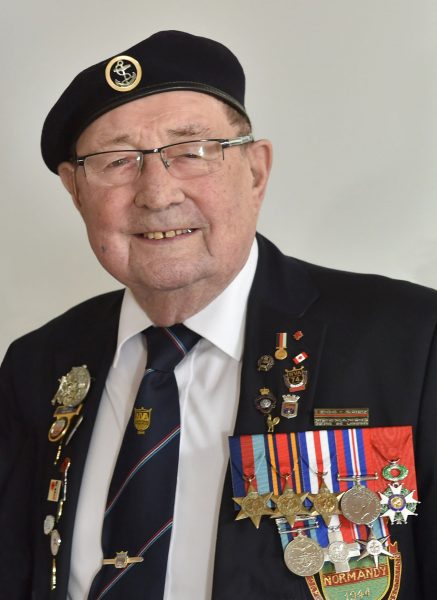 After various expeditions including landing troops in Burma, HMS Nith headed up the river to Rangoon on the night the Japanese surrendered. The Japanese had put a large sandbank across the river so Fred, as  one of the stokers, had to help build up a lot of speed to get the ship over the obstacle.

“It wasn’t too bad he said, just a little bump.”

When the ship reached Rangoon Docks, despite the surrender, there were Japanese snipers firing at them and Fred remembers the sound of the bullets flying past his head and he says one of the other men who realised what the sound was before he did, told him to keep his head down.

After a month at Rangoon, they left for Bombay and the ship was adapted to have more power. Fred then had two weeks leave in the Himalayas and ended up in Bombay hospital after being hit by the ball (between the legs) during a football match between the Navy and the Army in which he was playing in goal.

While in hospital the ship left port and his Petty Officer visited him in hospital and said,

“Stoker Lees, here’s your kit bag and a train ticket get yourself to Madras.”

Following orders, Fred had a very hot and fly ridden 12-hour train journey, on his own to Madras, where he re-joined the ship. Over the next months the Ship went to Saigon where a surrender was signed, back to Madras, then to Siam (now Thailand) where a surrender was signed, then off to Borneo, Singapore and back to Siam. Fred was in the Far East for 13 months and returned to Portsmouth on a foggy and cold day in March 1946. Fred had two brothers in the Navy and one in the paratroopers and the family was blessed that they all returned from the war.

“Doug Miller and Fred Lee are very popular veterans who have joined the Taxi Charity on many of the free trips we arrange for veterans. These events give the veterans the opportunity to pay their respects to comrades they have lost at commemoration and remembrance services or to join us for social events. We sincerely hope that next year we will once again be able to take our veterans on trips to the continent.”