You are here: Home / News / News / A festive spectacular in Galashiels! Walking with Heroes is coming

A festive spectacular in Galashiels! Walking with Heroes is coming

After capturing the hearts of the nation with a series of incredible concerts last year, Scotland’ best-known military band has teamed up once again with leading Armed Forces charity Poppyscotland for a stirring trio of performances across the country.

The final concert of this year’s tour will see the much-loved Band of the Royal Regiment of Scotland perform in the Borders for the first time ever, bringing a festive spectacular to the Volunteer Hall, in Galashiels, on Thursday 19 December. 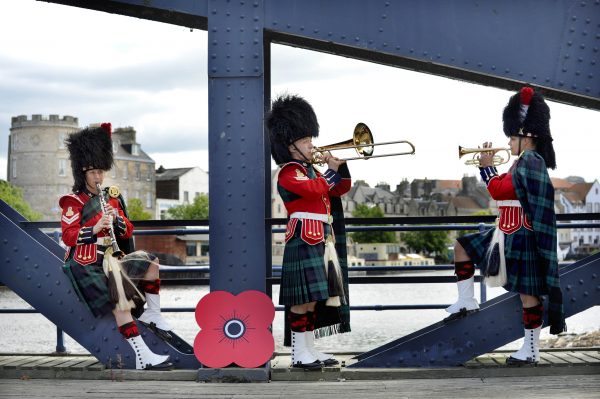 Scotland’s State Band, as it is also known, has a really special performance in store for Poppyscotland supporters in the Scottish Borders. The festive finale will include a symphonic band medley from Christmas classic movie Home Alone, carolling, traditional Scottish folk music with a festive twist and the undeniable sound of Christmas bagpipes – playing some tunes to get attendees in the holiday mood.

The Band’s 2018 tour helped to raise thousands of pounds for Poppyscotland, and it is hoped that this year’s mini-tour will raise further funds to support the country’s Armed Forces community. 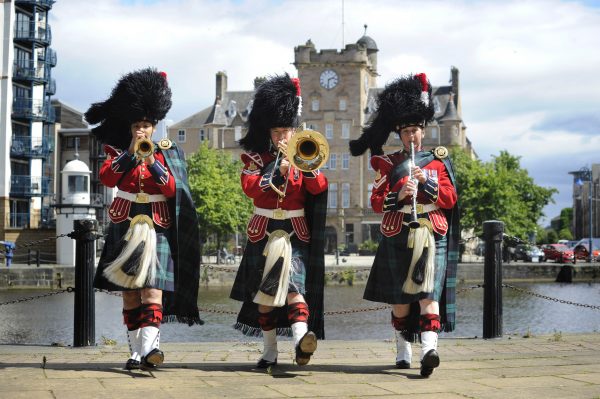 “The Band of the Royal Regiment of Scotland has had an incredibly busy year which has meant we could only fit three dates into this year’s mini-tour, so the audience is in for a real treat!

“The Band has been working on a really enjoyable and fun finale – a Christmas  performance which will get everyone smiling and singing, and leaving with the festive warm and fuzzies. Although we’ve had a terrific response there are still a few tickets available for the concert, so we’d encourage people to book as soon as they can.”

“This is the last performance by the Band of the Royal Regiment of Scotland of the year, and I hope Borderers come out in their numbers to enjoy what will be a fantastic evening of entertainment, and the great work Poppyscotland does across the country.”

Tickets cost £15 (£12 for concessions), and to order please visit the Poppyscotland website at: https://secure.artezglobal.com/registrant/TicketingCatalog.aspx?eventid=47067.

The Band of the Royal Regiment of Scotland is one of the 22 Regular Army bands and is based at Dreghorn Barracks, Edinburgh. It is a symphonic wind band with the additional capability of a Ceilidh band. The main role of the band is to support the Army, the State and Ceremonial occasions that occur within Scotland.

The Band, which was formed in 2006, continues to protect and maintain the extraordinary legacy of military music in Scotland. It combines the crucial traditional elements of our forefathers while continually engaging with the youth of Scottish society to maintain interest and support from younger generations.