You are here: Home / News / News / A Special Thank You from Scotty’s Little Soldiers as the Charity Develops its Support to Bereaved Forces Children

Bereaved Forces children’s charity, Scotty’s Little Soldiers, wants to thank its supporters for enabling them to grow and increase their support to children and young people who have experienced the death of a parent who served with the Armed Forces. Scotty’s reveal how they have overcome challenges created by the Covid pandemic and been able to develop their services. 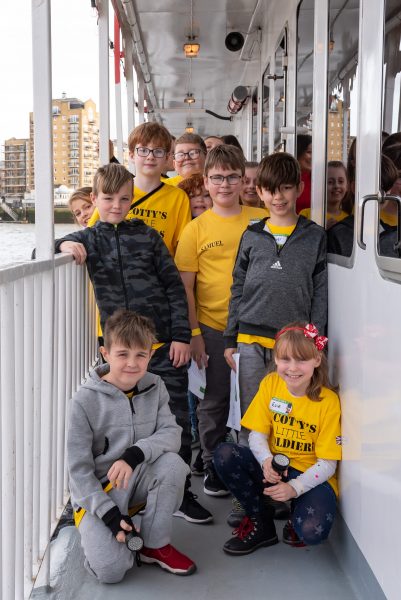 The Covid pandemic created problems for all charities, with mass participation fundraising events cancelled and many of the usual income streams cut off. However, at the same time, Scotty’s Little Soldiers knew the demand for their service was greater than ever and the charity were determined to be there for the hundreds of bereaved Forces children and young people who rely on them for support.

War widow, Nikki Scott, who founded the charity in 2010, a year after her husband was killed in Afghanistan, leaving behind their two young children, explains:

“Lockdown highlighted a lot of challenges faced by our members as a consequence of their parent’s death. Feelings of fear, isolation and loneliness were exasperated. Furloughing our team was never an option. Our members needed us more than ever and there was no way we were going to turn our backs on them.

“We looked at how our members’ needs had changed due to lockdown and what support was needed, then how we could deliver that support.  We did lots of things including arranging virtual events and competitions and sent weekly updates to help them to feel part of a supportive community. We reassured families we were just on the end of the phone and we learnt that we could offer a lot of emotional support via video calls on Zoom and Microsoft Teams.”

As the team at Scotty’s were engaging with their members, it became increasingly apparent that they needed further support. Scotty’s could see the need to develop their Support programme and where in the past young people who were struggling were referred externally to bereavement specialists, Scotty’s felt it was time to offer that support to children and young people directly.

“We are hugely grateful because our supporters really stepped up. They could see the work we were doing and understood our beneficiaries’ needs and we were awarded some incredibly generous grants which have made a massive difference to us as a charity. We also were blown away by support from individual fundraisers and businesses coming up with different ways to raise funds for us. It’s been phenomenal.”

Thanks to Scotty’s supporters they have been able to develop their team of bereavement support specialists who have the expertise to guide their members through their bereavement journeys.

Lorna Vyse, who has worked with children and young people for over 25 years and specialises in childhood bereavement, joined the team at the beginning of 2021. She oversees the development of Scotty’s service delivery, which involves researching, creating, developing and delivering a wide range of projects and initiatives that support the bereavement needs of the charity’s members.

More recently, Mark Hawkins has joined the team to work directly with the children and young people. He promotes positive emotional health and wellbeing support to help minimise any negative impacts of their bereavement, which is done with one-to-one sessions or working in a group. While Charlie Houlder-Moat is able to offer support to the parents and carers of Scotty’s members, meaning she can enable them to help their children in the best way possible.

These new team members join Hayley Studd who has been with Scotty’s since 2018. She is the first point of contact for Scotty’s families and directs them to the support they need. Hayley is responsible for Scotty’s Smiles Programme which is designed to provide fun opportunities and, as the name suggests, to help put a smile on the faces of bereaved Forces children and young people.  Activities are aimed at helping families to feel part of a community, to build support networks, and to encourage regular engagement which makes accessing further support much easier. Emma Peppercorn is also on the team, having joined in June 2020. Emma is responsible for Scotty’s Strides and Springboard programmes. Through the Strides programme, Emma gives members access to grants and she also provides educational development support, while through the Springboard programme she supports bereaved Forces young adults aged 18 – 25.

Scotty’s are delighted to have increased their support to its members, as well as being able to help new members that have joined. So far in 2021, Scotty’s has supported 491 bereaved Forces children and young people.

The charity has come a long way since it began in 2010 from Nikki’s living room. Scotty’s now employs 17 team members which, as well as the Families Team that offers direct support to its members, also includes a Supporter Team who communicate the impact to supporters and are on hand to help them with fundraising ideas and making donations. Their role is to provide the resources the Families Team need to do their work and they do this by bringing supporters on the Scotty’s journey. Scotty’s small Operations Team makes sure the rest of the charity has everything they need to go about their work and that all the bills get paid.

“As a charity, we know it’s important to our supporters that their donations go to our members. We do everything we can to keep our overhead costs to a minimum, but as with any organisation, if you invest in good people, you can reap the rewards. For us, expanding our team has not only enabled us to have more resources to support our members, but also the ability to generate more funds, which then goes to our members. We felt this was the right time to for the charity to develop and grow and we can already see the positive impact.

“It’s such an exciting time for Scotty’s and I am so proud that we’ve not only got through a challenging period, but we have come out stronger. We learnt a lot from the Covid pandemic about adapting our services and supporting remotely. These have set a framework that we are working to as we move forward. We can never rest on our laurels because there’s still so many children and young people out there who need our support, and we rely on funding to make this happen, but we will continue to work hard to make lives of bereaved Forces children and young people better.”

We would like to say a special thank you to the Armed Forces and Cobseo community who have been so supportive during the pandemic with particular acknowledgement to Annington Homes, ABF the Soldiers Charity, the Royal Navy and Royal Marines Charity, the RAF Benevolent Fund, Forces Support Charity, Lest we Forget, the Armed Forces Covenant Fund Trust and The Forces Trust.