A former Royal Engineer from Washington who completed a tour of Afghanistan is to take on a 34-mile Ultra Marathon and raise money for the charity that supports blind and partially sighted veterans, Blind Veterans UK. 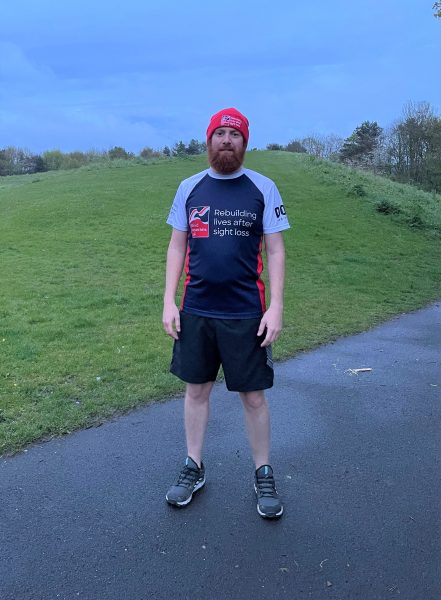 35-year-old Barry Storey decided to fundraise for Blind Veterans UK after seeing the life changing support the charity gave to a family member.

“My sister-in-law’s father sadly passed away recently. But for the last 20 years of his life he lived at Blind Veterans UK’s training and rehabilitation centre in Brighton. He received the most amazing support from the charity until the very end. So I wanted to do something to give back and say thank you, and this event seemed like the perfect opportunity.”

Following his time in the Army, Barry moved into Insurance where he now works as a Credit Control Manager. During that time, he’s completed the Great North Run and Kielder Marathon to fundraise for the charity but has never taken on anything as challenging as an Ultra Marathon.

“I did the Kielder Marathon 10 years ago but since then I’ve hit my thirties and put on about two stone. I’ve been doing 20 mile runs in training and I’m working up to the 34 miles. I’ve had a little niggle in my leg recently so I’m not sure I’ll hit my six hour target but the main thing is to finish and raise as much money as possible for Blind Veterans UK.”

The Ultra North takes place on June 5 and takes participants through some of the North East’s most beautiful landscapes.

So far Barry has raised £530 towards his £1,000 goal. To help him hit his target please visit his Just Giving page here: https://www.justgiving.com/fundraising/barry-storey2