You are here: Home / News / News / Age no issue for Brighton students volunteering for military charity

Age no issue for Brighton students volunteering for military charity 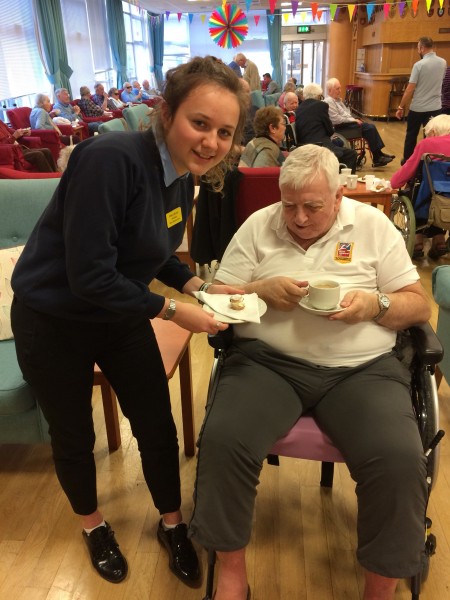 Two students living in Brighton are relishing their time spent volunteering for Blind Veterans UK, the national charity for blind and vision-impaired ex-Service men and women.

Milena Murphy, 17 and currently at Brighton College, along with Dan Egelstaff, 18 and currently at Sussex University, started volunteering with the charity for separate reasons, though have each found the experience enriching and fulfilling far beyond their expectations. Milena says: “To be honest I was just intrigued by the centre in Ovingdean. It’s an enormous building and very hard to miss, my sister used to volunteer there and said she learnt so much from it, so I thought I’d better give it a go. Once I looked into it properly and found out the amazing work they do in helping blind veterans regain their independence following sight loss, I knew I had to get involved.”

For Dan, who’s studying for a degree in English Literature, the question was more about how, as opposed to if, he was going to be getting involved with helping others. He says: “I’m a Buddhist, so helping others in the community is a big part of my faith. I was looking on a volunteering website when I came across Blind Veterans UK. It was too good an opportunity to pass up, particularly once I went in for my interview – the facilities really are first class. It’s almost easier to name the things that they don’t have, than what they actually do.” 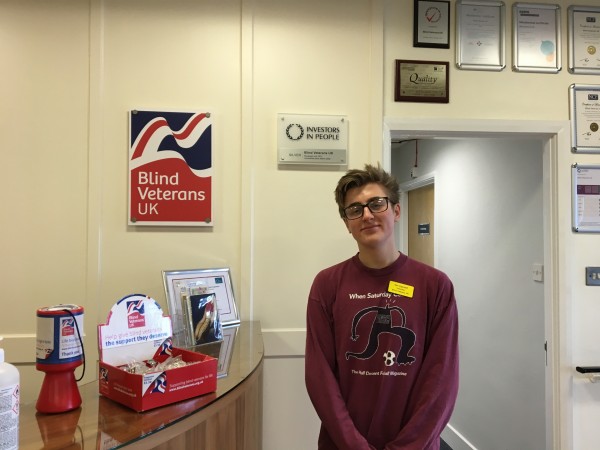 Milena, who is currently studying A-Levels in Chemistry, Biology and History, is still amazed by the generational differences she encounters on a weekly basis, despite having been volunteering there for over six months already. She says: “It’s fair to say that I didn’t really have any expectations about what I’d learn or who I’d meet, but even then, it’s been amazing meeting and engaging with people who had a completely different life to me. There was a veteran in there who told me that when he was my age, he was already fighting in the war! It’s crazy, no one in my community thinks about going and fighting in the war, people just forget that there’s a whole generation of people who experienced things we’ll never have to.”

She continues: “We spend most of our time trying to bridge the gap, sharing different experiences and so on. Just last week I was helping a lady work her tablet!” Milena has so far been spending most of her time interacting with the veterans in the lounge, though in time, she hopes to move onto accompanying them on weekend excursions to places like Brighton Marina.

Dan, who hopes to join the Police upon finishing his studies, currently goes into the centre for a couple of hours a week, and is relishing the opportunity to hear stories from those who’ve lived markedly different lives. He says: “Most of what I do tends to be sitting in the lounge and chatting with the veterans. From the outside, it might not sound like the most thrilling activity, but it’s really, really enjoyable. You get to speak with a whole variety of people who’ve done completely different things in their life. They are veterans of war and they have so many fascinating stories, so it’s a privilege to build a rapport with them.”

Milena has already convinced several of her friends to begin volunteering with the charity, while Dan is similarly enthusiastic about others taking the leap into what he describes as one of the most fulfilling experiences he’s ever had. He summarises: “There’s no feeling like coming out of the centre after a few hours. Knowing you’ve improved someone’s day, there’s literally nothing like it. It honestly improves your whole day, your whole week even, just knowing that you’ve had a positive impact on someone’s life.”

To find out more about Bind Veterans UK, and how you can support the charity, visit: blindveterans.org.uk/support