Over £4,500 was raised by Salisbury-based charity Alabaré by their Wiltshire ambassadors after hosting the fundraising event ‘My Life as a Cold War Spy’. 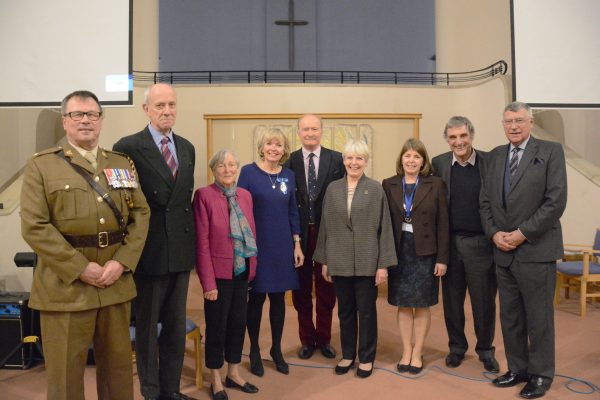 The evening at St Francis’ Church, Salisbury saw a fascinating talk by Major General Peter Williams on his time spent as a British commander and Military Spy who spent six years in Berlin and East Germany. He detailed how during the Cold War he served in Berlin from 1973 to 1975 as a Regimental Intelligence Officer before spending a further four years in the 1980s in Berlin and East Germany as an officer in the British Commander’-In-Chief‘s Mission to the Group of Soviet Forces in Germany in effect working as a military spy.

“I was delighted with the evening. The Ambassadors and Alabaré had worked hard together to produce what those attended said was a most enjoyable, successful and informative evening.

We were very grateful to the speakers Major Richard Rimmington, Major General Peter Williams and our High Sheriff Nicky Alberry, and very proud of the Salisbury Sea and RM Cadets who supported us.

Raising funds for Alabaré is so important to help those in need. As a result of sponsors, donors and those who attended over £4500 has been raised.”