You are here: Home / News / News / All aboard for the Devizes to Westminster Challenge

All aboard for the Devizes to Westminster Challenge

Two friends are attempting the Devizes to Westminster challenge in a two-man Kayak non-stop, hoping to raise vital funds for SSAFA. 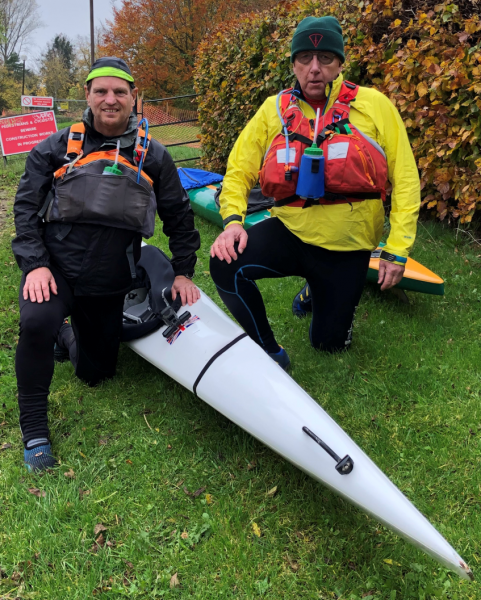 Paul Smith, from Banbury, a business systems and integration analyst at SSAFA, and his race partner Malcolm Gilks, from Crick, a retired construction quality manager will be paddling the 108 miles from Devises to Teddington lock this April as part of the unique challenge.

Starting at 07:15am on 16 April at Devizes, the keen kayakers should finish in Teddington around 07:30am on 17 April after going all through the night.

Both boatmen are veterans themselves and have decided to use their passion for kayaking to raise money for SSAFA, the Armed Forces charity.

“My paddling partner and myself are both veterans, myself Royal Signals and Malcolm Royal Engineers and 3 Commando Brigade. With both of us being in the Armed Forces community it made sense to raise money for Britain’s oldest tri-service charity”.

“We will be drawing on all our experience of paddling together for 5 years. The squaddie banter will keep us going as always. Neither of us is prepared to give up before the other, Corps pride is at stake”,

To support Paul and Malcolm in raising funds for SSAFA, visit justgiving/PaulandMalcolm