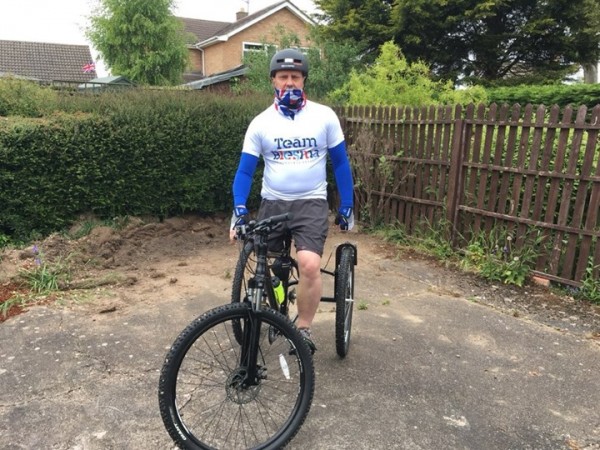 Brian Chapman is taking on the Hadrian’s wall cycle challenge to raise money for Military Charity Blesma, the Limbless Veterans.

Brian, 54, from Newark, served as an Army Sniper instructor in the Worcestershire and Sherwood Foresters Regiment. A motorbike accident seven years ago, which Brian cannot recall, led to Brian having to have his right leg amputated.”

Last year Brian climbed Mount Snowdon with his daughter to support the charity and not content with challenging himself just the once, he wanted to complete another.

“I had the choice of cycling Hadrian’s wall or sky diving. The cycle was more challenge than jumping out of an aeroplane seeing as I’m ex infantry. I wanted to push myself.”

To complete the mighty cycle ride, Brian has had a special bike made so that he can cycle using just one leg and no prosthetic. The one-day challenge will see Brian set off from Carlisle on Saturday 5th August and finish in Newcastle. Brian will be supported during the challenge by his fellow veterans from his regiment.

“I chose Blesma because I have two army buddies who have had leg amputations and Blesma have done a fantastic job supporting them. They do a great job for all our amputee veterans and I’m glad to be a Member.”