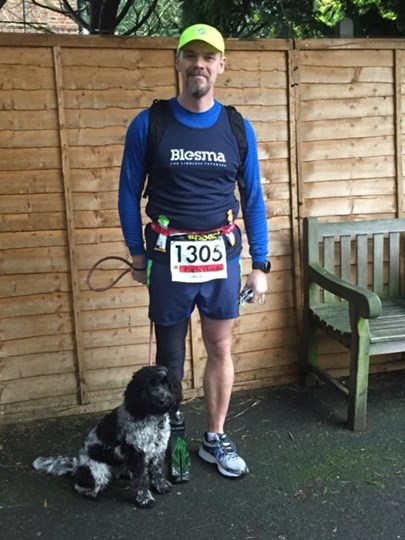 An amputee war veteran is taking on his first ultra-running challenge on the 74th anniversary of the D-Day landings to support fellow injured veterans.

Former soldier Rob Copsey will be running 44-miles along the Normandy coastline for the relaunched D-Day 44 Challenge on the 6th June to raise money for military charity Blesma, The Limbless Veterans.

The challenge, which consists of a 44-mile run or 22-mile walk, was set up in 2009 by Army surgeon Lt Col Mike McErlain to commemorate the 1944 Allied invasion of occupied France on the anniversary of D-Day. However, in 2013, the event was cancelled when Mike tragically collapsed and died while taking part.

Five years on, Mike’s widow, Jo, has restarted the event and three military charities, Blesma, Combat Stress and Blind Veterans, will benefit from the challenge.

Rob, of Dover, Kent, was working at Blesma at the time news broke of Mike’s death.

The 47-year-old, who lost his leg in 1994 when he stepped on a landmine while serving in Rwanda, said: “It was a tragic thing that happened to Mike and I briefly knew him and Jo through the work I did. I always wanted to take part in the challenge, so when I heard it had returned for all the right reasons, I knew I had to do it.”

Participants of the challenge are also asked to run in support of one of the three charities and as a Member of Blesma, Rob wanted to give back to them.

“It’s a fitting challenge as Blesma was set up in the aftermath of World War one, so cared for amputees from World War one and World War two. They were there for me when I was injured and I’ve benefited from their help and rehabilitation activities, so it is my way to give back. If another amputee is inspired along the way and it motivates them then that’s an added bonus.”

If you would like to support Rob, please visit https://www.justgiving.com/fundraising/rob-copsey1