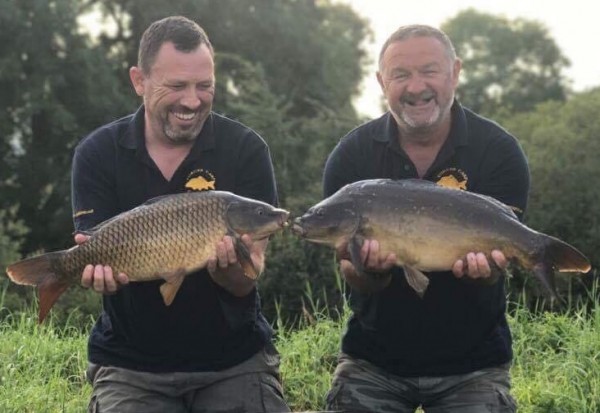 The competition, which took place over a week in October at Abbey Lakes in France, was the best attended to date with around 100 anglers from serving military, veterans and the emergency services taking part.

Organised by veterans Russ Marsh and Tim Gray, there are plenty of prizes up for grabs including Lake Champion (the competition takes place over five lakes) and Overall Pair (the pair of anglers who catch the heaviest amount of fish over the five lakes).

Russ and Tim have over 50 years of military service between them with the Royal Artillery but actually met through their shared enjoyment of fishing. They saved the original Army Carp Classic from demise and turned it into the impressive event it is today. 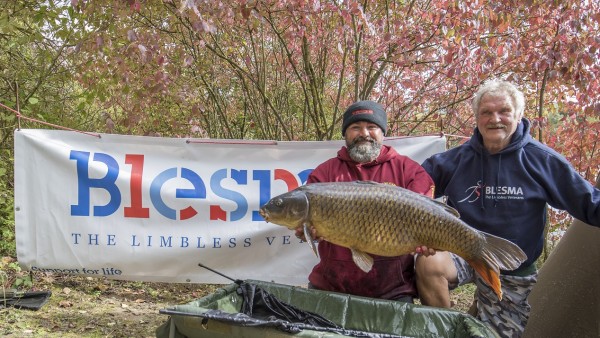 This year was the fourth that Blesma have been involved in, and the fishing was interspersed with fundraising activities such as fishing games and raffles. These raised a fantastic £8,000 which was split between Blesma and GOSH.

Co-organiser Russ Marsh said: “Tim and I work hard to ensure all Anglers are catered for in every way we can.  We also ensure that the event is run smoothly and fairly as if we were fishing.  Unfortunately, we can’t guarantee that everyone catches but we will and do insure that they have a great time.  We would both like to thank everyone that has supported us over the last nine years and hope you all support us again as we go into our tenth year.  We are very grateful for the amounts of charity money that everyone has donated, which is divided evenly to two great charities. We look forward to seeing all those that have managed a place in the 2018 event in October. Again thank you all for your support.”

Amongst the competitors were Kelvin Daniels, a former Royal Marine from Oxted in Surrey, and Roger Fullbrook who was a Petty Officer in the Royal Navy, both Blesma Members.

Roger, an amputee from Portland in Dorset who served with the Royal Navy said: “Kelvin Daniels and myself competed for the third time on behalf of Blesma. As with the previous 2 years we were made very welcome by the other competitors who are serving members of all the forces and like ourselves retirees. The match is fished to raise funds for two great causes and over the years they have raised a lot of money. Kelvin is the star of our team and although we both failed in the first year to catch he has kept us in the frame with fish over the last two years. I have still to connect and hold onto a fish so fingers cross for next year.”

Next year the competition enters its tenth year in its current form, and so Russ and Tim are planning a special invitation-only competition to thank those who have supported them over the years.