You are here: Home / News / News / ANZACs and Gallipoli to be remembered at touching online service

ANZACs and Gallipoli to be remembered at touching online service

With restrictions on public gatherings still in place, Armed Forces charity Legion Scotland will broadcast a ‘virtual’ service of remembrance to commemorate ANZAC and Gallipoli Day, on Sunday 25 April. 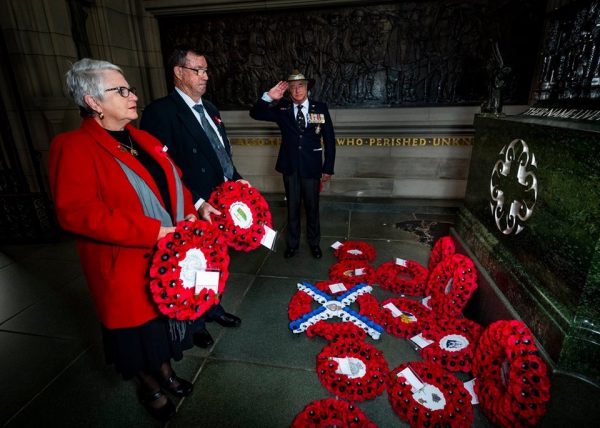 The annual commemoration would normally take place in the Scottish National War Memorial at Edinburgh Castle, and provide a touching show of comradeship and remembrance to all those who fought at Gallipoli against the Ottoman Empire during the First World War. As with the 2020 event, this year’s ANZAC Day service will be a virtual one, broadcast by Legion Scotland and Poppyscotland via their Facebook pages.

Observed on 25 April each year, ANZAC Day was originally devised to honour the members of the Australian and New Zealand Army Corps (ANZAC). It now represents a day when Antipodeans remember the sacrifices made in all conflicts. It is also an important day for Turkey as they remember those they lost in the conflict.

In a poignant display of remembrance and reconciliation, readings will be given by Colonel Michael Bassingthwaighte DSM, Australian Army Advisor in London; Scott Williamson, New Zealand Honorary Consul Scotland; and Mrs Hatice Tuğba İkizler Fearnley of The Government of the Republic of Turkey.  The virtual service will be conducted by Legion Scotland National Padre Rev Dr Karen Campbell.

“We had hoped that by now we may have been able to return to physical remembrance events, such is their importance to so many people. Sadly, it is still not yet safe to do so but, as we have demonstrated throughout the past year, virtual services ensure the memory of the fallen is not forgotten, even during a global pandemic.”

ANZAC Day services normally commence at dawn, coinciding with the moment ANZAC forces landed on the Gallipoli peninsula in April 1915. Saturday’s broadcast will begin at 5:42am via the Legion Scotland and Poppyscotland Facebook channels and will be available for the public to view again at any time thereafter.

“As the custodians of Remembrance in Scotland, our involvement in services of commemoration like these is so important and allows all members of our communities to join together to remember those who paid the ultimate sacrifice, or who returned from battles in foreign lands with life-changing injuries. We will remember them and, even during these unprecedented times, our enduring message of comradeship comes very much to the fore.”