You are here: Home / News / News / Architect from Norfolk to take on London Marathon for military charity

Architect from Norfolk to take on London Marathon for military charity 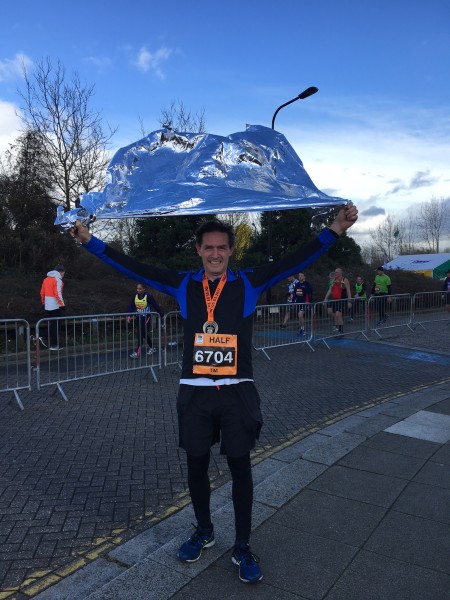 A man from Norfolk is taking on the London Marathon this April for Blind Veterans UK, the national charity for blind and vision-impaired ex-Service men and women.

Tim, a partner at a Cambridge architecture firm, is a lifelong walking enthusiast, though admits that his interest had to take a backseat as domesticity and raising his children caught up with him. He says: “I’ve always enjoyed doing long distance walks but those things soon disappear when you start having children. Now, the children are getting to the age where they’re more independent, so I’ve been in contact with some old school friends and we’ve been rekindling our love for the outdoors!”

He continues: “We found an event called The Inn Way walk, which is a 96-mile walk across six days. Not only that, you have to have a pint in each of the pubs along the route that are open! There are 44 in total and 35 of them were open last time, so if anything, the walking was the easy part!”

After completing The Inn Way walk twice, Tim found himself experiencing a surge of motivation and decided to see how far he could push his body. He explains: “I hired a personal trainer and he got me doing a few short runs. I did a reasonably quick 1k before graduating to some 5k park runs, which were brilliant and something I continue to do to this day. I then did a 10k in Great Yarmouth and, despite being surrounded by these experienced, lean runners, I performed absolutely fine and ended up finishing in 55 minutes.”

Tim’s decision to run on behalf of Blind Veterans UK, which provides free lifelong services to ex-Service men and women, originates from the fact that his late father received support from the organisation. He says: “My father was in the Navy and served late in the Second World War. When his eye sight began to deteriorate later in life, he began to receive support from the charity and they were really fantastic. They helped him remain in work, despite being registered blind, by providing him with the means to travel there, as well as various visual aids and support in adapting the family house.”

The charity also continues to support his mother, and it was as a result of this that Tim was able to gain a deeper understanding of the charity’s fundraising activities. He says: “My mother still goes to the reunion dinners, which are held annually. I joined her last year and found out about all the fundraising they get up to. They were so enthusiastic and it was at this point I knew I had to do it. It was a moment of madness, really, but I found myself thinking, ‘I’m as fit as I’m ever going to be, so if I’m ever going to do something like the London Marathon, it’s going to have to be now’. I applied for the ballot in August, and soon had my place confirmed!”

Tim, whose gruelling and unrelenting training schedule has already seen him run the Milton Keynes Half Marathon – with the Wymondham 20-mile run coming up – is aiming to finish the full event in four and a half hours.

To support Tim as he takes on the London Marathon for Blind Veterans UK, please visit: http://uk.virginmoneygiving.com/timpowter-robinson.