You are here: Home / News / News / Armed Forces charity finds that less than 25% of Brits admire the Forces for their work during the fight against COVID-19 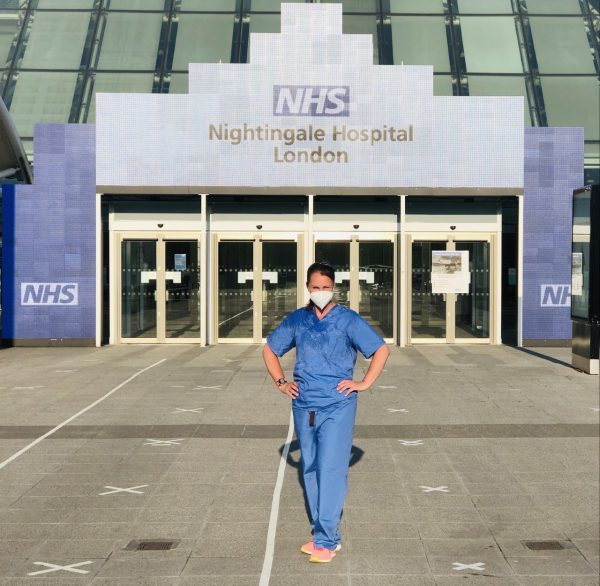 A recent survey by SSAFA, the Armed Forces charity has found that just 23% of the public surveyed said they admire the work of the Armed Forces in the fight against Covid-19*. This comes as a surprise after the Ministry of Defence confirmed the Armed Forces’ response to Covid-19 has become the biggest ever homeland military operation in peacetime, with more than 5,000 personnel involved.

The Armed Forces have been crucial in supporting the NHS in the response to Covid-19, including running Covid-19 testing centres, creating a robust PPE distribution network and supporting with the vaccination programme.

Not everyone key to the fight against Covid-19 was forgotten: 70% of those surveyed admitted that they admire the work of NHS workers and a further 40% admire retail staff for their work during the pandemic. Not surprisingly, the British public showed appreciation to the incredible work of other key workers throughout the pandemic, with 64% admitting they had shown appreciation to NHS workers and a further 38% for retail workers. But a staggering 75% of those surveyed admitted they have not shown any appreciation, such as saying thank you or donating to charity, to members of the Armed Forces for their work over the last 18 months in the fight against Covid-19.

Personnel from the British Army, Royal Air Force and Royal Navy played a pivotal role in the UK’s Covid-19 response both at home and overseas. In December 2020, personnel were deployed on COVID testing duties in Kent as more than 20 new testing centres were set up for hauliers crossing the Channel to France.

“The Armed Forces have worked tirelessly to support the country in the fight against the Covid-19 pandemic, including supporting the NHS and the Government with the nationwide vaccination roll-out, testing and much more. Hence the findings from our survey, highlighting the lack of understanding of the contribution of the Armed Forces, are a surprise to us at SSAFA.

“Therefore it is appropriate that, for Armed Forces Day 2021, SSAFA and other organisations highlight the outstanding work of those in the Royal Navy, Royal Marines, British Army and Royal Air Force, alongside other key workers, who have all put themselves on the frontline in the fight against Covid-19. That is the essence of service, something that makes our Armed Forces so special.”

Sally Orange, an award-winning veteran and SSAFA fundraiser, was part of London’s NHS Nightingale Hospital and helped to support the NHS in the fight against Covid-19.

“The last 18 months have been incredibly difficult for everyone, but particularly for our key workers. This includes our serving personnel who, in a time of crisis, stepped up and supported on the frontline in the fight against Covid-19. It is important that we take the time to pause and give thanks to them this Armed Forces Day.

“As a former Army physiotherapist, I volunteered to be a part of the effort working at the NHS Nightingale Hospital at ExCel London. The military ethos was what led me to volunteer to help and I worked alongside many others from our Armed Forces – each of whom dedicated their time to bettering the lives of others when most in need.

“Lockdown has had a great impact on many aspects of our lives, but it has also brought the very best out in people. It’s been a real pleasure and honour to play even just a small role in what has been a collective, national effort.”

In 2020, SSAFA supported over 79,000 people in need, including veterans and their families. The charity saw a significant change in the requests for support, with a greater focus on debt, housing and relationship breakdown. Many of these issues were linked to mental wellbeing, loneliness and isolation. The charity also witnessed a significant rise in cases through a number of their services, including Mentoring.

*the question asked: Who of the following do you admire the most due to the work they have been doing during the pandemic