A local cyclist is set to embark on a 650-mile solo bike ride to raise funds and awareness of homeless veterans. 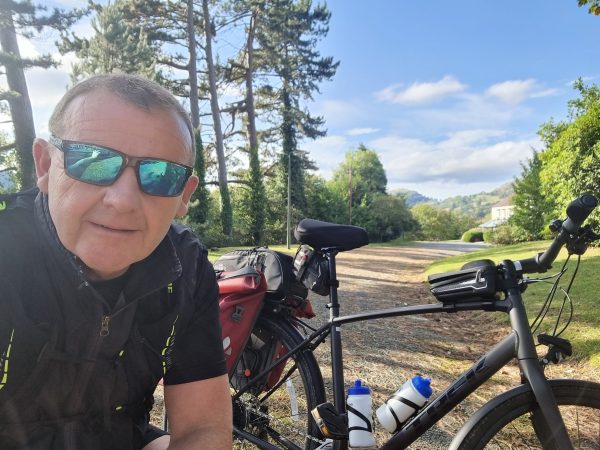 Gary Perriton from Llangollen in Wales will set off from Chepstow in South Wales next Monday, 18 October and will cycle the entire Welsh coastline heading northbound to Chester, where he is expected to complete his fundraising challenge on Friday, 29 October.

The aim of the challenge is to raise awareness of homeless veterans and funds for his two chosen charities – Launchpad and the Royal British Legion.

Royal Navy Reservist Gary, served for 34 years in the Royal Navy across a number of military departments both in the support and operational environments. He served on the front line both at sea and on land and has been commended for his commitment throughout a varied and successful military career including appointments within NATO and FCO.

He left the Royal Navy in 2016 and moved into the civil nuclear sector as an engineering and security consultant before becoming a director of his own company, providing technology-based solutions across a range of sectors.

He is aiming to raise awareness of homeless veterans and vital funds for two worthy charities. Veterans’ charity Launchpad provides accommodation and support to veterans to help them stabilise their lives and make a successful transition from military to civilian life. The charity has two houses in Liverpool and Newcastle upon Tyne and Launchpad has supported over 525 veterans since it opened in 2013.

The Royal British Legion (RBL) has been celebrating its 100th Anniversary throughout 2021 with a special programme of activity, paying tribute to those who have contributed to its history and celebrating with the communities across the UK and around the world.

The RBL and Launchpad also work closely in partnership. The RBL refer veterans to Launchpad’s Speke House in Liverpool and have awarded grants to the charity and their residents. They have also contributed funding towards heating costs of the house and towards the salary of one of the support staff.

“I’ll be cycling approximately 60 miles per day on my own which is going to be both mentally and physically tough but, it’s all for a great cause.

“No veteran should be homeless. For most veterans, leaving the armed forces is smooth but more often than not, those few who can’t resettle easily face challenges such as homelessness, poverty, mental and physical health issues, addictions, broken families and unemployment.

“I hope to raise awareness of these challenges and to raise vital funds for two very worthy causes. It’s going to be a lonely few days but I’ve prepared well and I am looking forward to the road ahead. This challenge is really close to me and will be even more poignant in the lead up to Remembrance Day.”

“Gary has set himself a real challenge, cycling 650 miles of the entire Welsh coastline. We really appreciate his efforts and commitment to raise awareness of homeless veterans and to raise funds for Launchpad.

“Some of our resident veterans living at Speke House are hoping to join him on his last day as he sets off from Abergele. On behalf of myself, our Trustees, staff and all our residents, we wish him a safe and successful trip.”

You can support Gary’s challenge via his Just Giving page at: https://www.justgiving.com/fundraising/garyperritoncycle