The country fell silent at 11am to mark Armistice Day. In the Edinburgh Garden of Remembrance, a service took place conducted by the Reverend Dr Karen K Campbell. Wreaths to remember those who have fallen in conflicts through the years were laid by Councillor Joan Griffiths, the Deputy Lord Provost; Mr Martyn Hawthorn, National Chairman of The Royal British Legion Scotland; Mr Gordon Michie, Head of Fundraising at Poppyscotland; and Mr David Cowin, of Veterans Scotland. 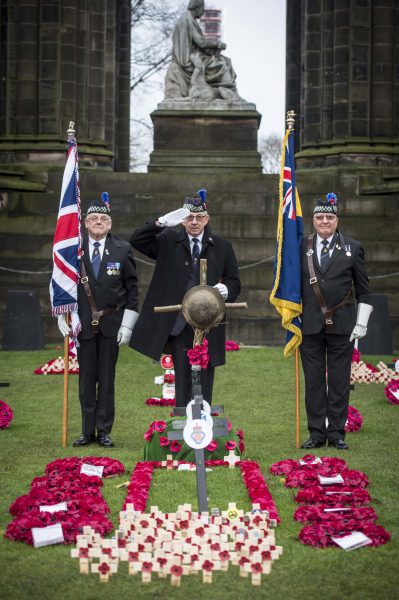 Cllr Griffiths read Binyon’s Lines during a poignant occasion that was attended by Service personnel past and present and several hundred members of the public. The bugler was from The Band of The Royal Regiment of Scotland, while the piper was Alasdair Naysmith, from George Heriot’s School, in Edinburgh. 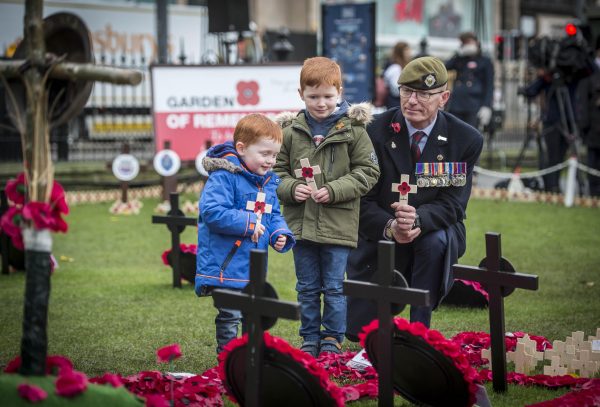 “Today – the 11th of the 11th – is an important time for people across the world when we come together to remember when the guns fell silent at the end of the First World War. The Two Minute Silence allows the nation to pause and remember the sacrifices made by so many in that conflict, and the conflicts since. Legion Scotland is committed to ensuring their memory lives on and to providing comradeship and support to those in our Armed Forces community who still need our help today.” 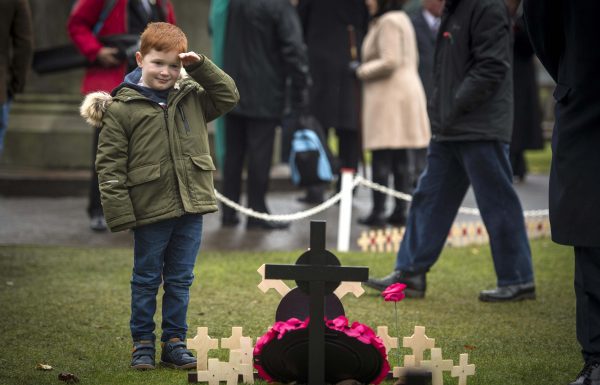