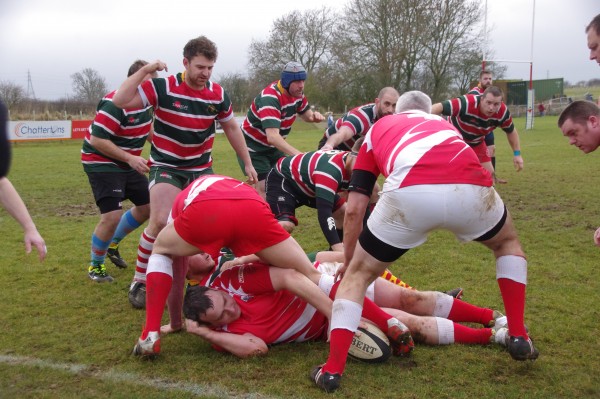 Members of the Army Reserve in Lincoln helped raised £550 for charity last weekend (Sunday 5 February) thanks to a special match being held in aid of The Royal British Legion’s (RBL) Poppy Appeal.

10 reservists from 160 (Lincoln) Transport Squadron joined colleagues from the Army Reserve’s wider 158 Regiment Royal Logistics Corps (RLC) to form a side to ‘go in to battle’ with the RBL’s Select 15 from Lincoln Rugby Union Football Club (RUFC) to take part in the match held at Longdales Park, Lincoln.

158 Regiment’s team lost to RBL’s team 39-19, but the game was fuelled with enthusiasm from beginning to end with all of the players appearing to enjoy the competitive match. 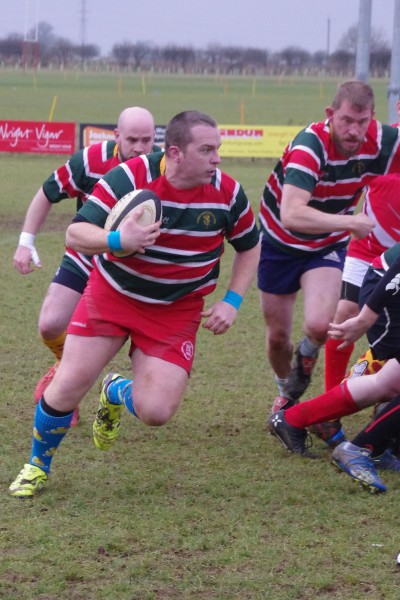 Warrant Officer Class 1 Nigel O’Leary, from 160 (Lincoln) Transport Sqn, said: “7th Infantry Brigade’s Deputy Commander, Stuart Williams, refereed the match which was attended by more than 250 spectators. 158 Regt RLC have built some strong ties with the rugby club and the community that comes to support, overall the whole day was a great success.

“A charity match of this type is held each year, and has proven to be a fantastic way of us raising money for the RBL’s Poppy Appeal. Another charity match is already being planned for next year.”

The money was raised at the event through donations and attendees entering the raffle. A number of local organisations donated prizes to the charity raffle with the top prize being two tickets to the Aviva Premiership Final.