A soldier who spent more than 30 years as a regular in the British Army has joined Broughton House Veteran Care Village in Salford as its head of facilities. 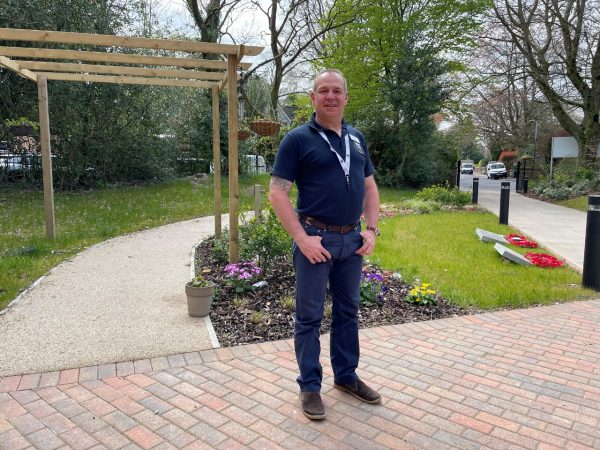 Colin Adams, aged 50, joined the army as a 16-year-old in 1986 and served in the Royal Artillery and then the Royal Logistics Corps during an exemplary military career.

He has a number of campaign medals, including from the first Gulf War, Kosovo and Afghanistan.

Colin left the regular army in 2017 as a warrant officer but maintained his service involvement as a Squadron Sergeant Major with the reservist 236 (Manchester) Squadron, which is part of the 156 Regiment Royal Logistics Corps.

During Operation Rescript, the military operation to help tackle the Covid-19 pandemic, Colin was fully mobilised as the deputy military liaison officer for Greater Manchester, working with the NHS, police forces, fire and rescue services and local authorities across the region.

He was demobbed in February and seized the chance to join Broughton House when the opportunity arose.

In his role, he co-ordinates the full range of the care village’s facilities spanning the buildings, the grounds, security, maintenance, equipment, vehicle transport and stores.

“It’s close to home and I jumped at the chance to work with veterans.

“They deserve the best for all they have done for the country, and I wanted to do something to give back to them.

“I’m really enjoying the role and working with a great team of people who are very dedicated to the residents. I feel I’m lucky to be here in this job.”

“Colin has made an immediate impact and has shown he is an excellent fit for the role.

“After a full career in the regular army and now a reservist in the RLC, his military training and experience has given him the skills to undertake the role effectively, while his background has enabled him to instantly build a rapport with our veteran residents.”