You are here: Home / News / News / Ashford woman to walk 100 miles in March for Veterans

Ashford woman to walk 100 miles in March for Veterans

A woman from Kent is taking on the challenge of walking 100 miles throughout March and is raising money for a military charity which supports her father.

Tracey Wretham, 41 and from Ashford, has decided to take up the challenge to help raise funds to deliver support to blind veterans across the country. Tracey says: “Blind Veterans UK have done so much to help my dad, so it’s giving something back. In my dad’s words, they gave him his life back.”

Tracey’s father Cedric, 95, started to receive support from the charity in 2008 when he lost his sight due to macular degeneration. A Royal Navy veteran, having joined the Navy just age 15, he received the Legion d’honneur in 2016 for his service during the Second World War. His service saw him play a crucial part in naval battles, including the D-Day landings and the Battle of Crete in which his Ship HMS Warspite sustained serious damage.

Tracey and Blind Veterans UK, who support ex-servicemen and women who have lost their sight, are encouraging others to join her, brave the cold weather and get walking.

“Anything that I can do to support the charity and give that support to anyone else would be amazing. Blind Veterans UK helps you to realise that once you lose your sight it doesn’t mean life doesn’t have to be over.”

Participants can choose to split the walking into several 15 minute chunks throughout the week or could prefer to take long country walks on the weekend, there are many ways in which they can achieve the final goal. 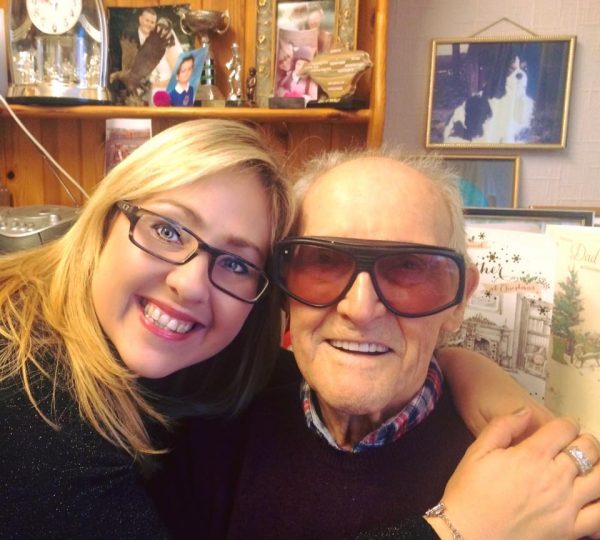 To ensure everyone has a chance to meet the 100 mile target, the charity have also organised five 10 mile walks on 30 March, to encourage everyone to complete the challenge and step over the finish line together. Participants in the South East can chose between walks in London or Brighton on Saturday 30 March.

You can find out more information about the challenge and sign up at blindveterans.org.uk/marchforveterans

For those who can’t commit to the 30 March walks, the challenge allows walkers to walk wherever and whenever they want – making it flexible for all. Whether taking on the challenge individually or as part of a group, participants can join Tracey to raise funds for Blind Veterans UK and help the thousands of blind veterans the charity still hasn’t reached.

It currently supports more blind veterans than ever before in the charity’s history, but it knows there are many more who still need its support to rebuild their lives following their sight loss.