You are here: Home / News / News / Battle Proms at Blenheim Palace raises over £7,400 for SSAFA

Battle Proms at Blenheim Palace raises over £7,400 for SSAFA 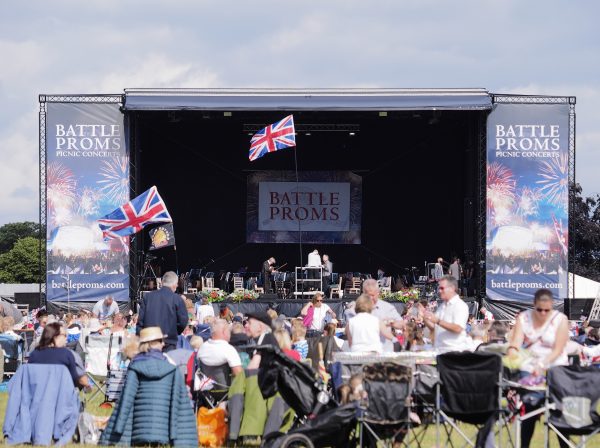 On Saturday 3 July, the sold-out event took place at Blenheim Palace in Oxfordshire with thousands of people attending to join in the spectacular open-air picnic concert in support of SSAFA, the Armed Forces charity.

Since 2004, the UK’s premier picnic concert series, The Battle Proms, has been supporting military charities, with their running total now standing at over £458,000. SSAFA, the Armed Forces charity has been the charity partner for Battle Proms since 2018.

A spokesperson for SSAFA, the Armed Forces charity said:

“We would like to thank the audience at Blenheim Palace for their generosity and helping us raise over £7,400 for SSAFA. The entertainment at The Battle Proms is spectacular and the events are always great fun to attend. In addition to the funds raised, the partnership has helped us raise awareness of our work and to recruit new volunteers. We are immensely proud to be the Battle Proms charity partner.”