You are here: Home / News / News / Beaujolais Run drivers gear up to support the Fund

Beaujolais Run drivers gear up to support the Fund

Following their departure from RAF Scampton, home of the Dambusters, 19 cars travelled across Holland and onto the vineyards of France to pay tribute to the 53 men killed on 617 Squadron’s most famous raid, in its 75th anniversary year.

On Armistice Day, the Run stopped at Wg Cdr Gibson’s final resting place, where a minute’s silence was held and a wreath laid, before heading on their journey to collect this season’s new Beaujolais wine. The Beaujolais Run is now in its 48th year and features vintage and modern classics competing to return with the Beaujolais Nouveau by the shortest route possible. At the same time, Run participants have raised more than £1 million for charity, this year supporting the Fund’s work.

Run Director Rob Bellinger said: “As this year’s Run remembered those who did not return from the Dambusters raid, we wanted to honour their memory by supporting a charity which had supported them. I know, thanks to the RAF Benevolent Fund, the families of all airman who were lost during the Second World War received the help they needed, in their darkest hour.”

Stops on this year’s event included Bruges, Ardennes, Reims and Champagne Taittinger, and the Chateau of Louis Fabrice Latour.

Next year’s Run takes place in the centenary year of the RAF Benevolent Fund and remembers the 75th anniversary of the Great Escape, while again raising funds for the charity. Exact details are a closely guarded secret, but for a donation to the Fund, applicants can register their interest. 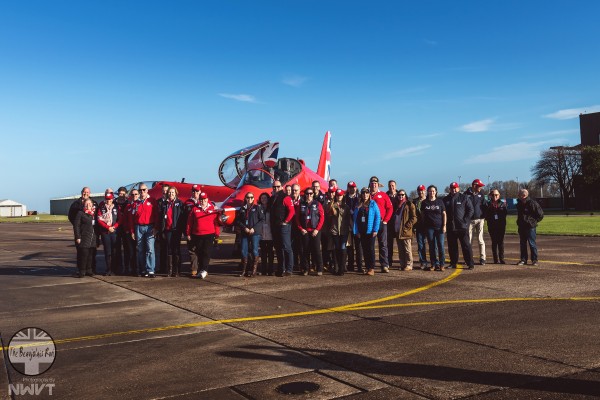