You are here: Home / News / News / Berkshire blind veteran to have artwork featured in military charity’s annual art exhibition for the first time 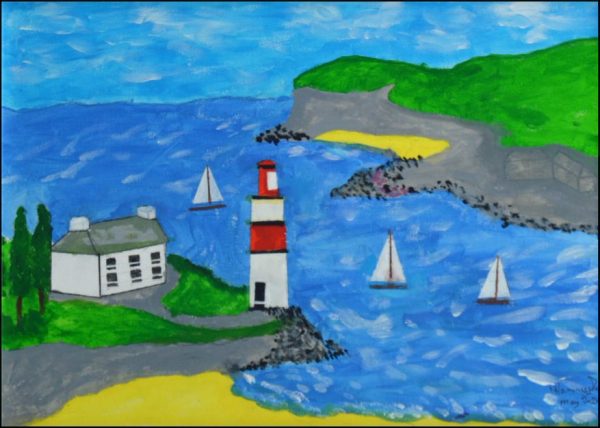 Michael Hammerton, 82 and from Reading, created the piece in two weeks during the lockdown period. He says:

“I was a Draftsman all my life so I’ve always been able to visualise things and put them on paper. I started to become interested in art when we had grandchildren because we would have drawing competitions with them. As they got older, I stopped doing it and it wasn’t until I visited the charity’s training and rehabilitation centre in Brighton for a painting week a couple of years ago that I started to get back into it again”.

The charity normally hosts an annual art exhibition at their training and rehabilitation centre in Brighton. However due to the COVID-19 pandemic, the decision was made to make it virtual with the auction being hosted on eBay.

Michael got inspiration for his painting from a birthday card he received. He says: “I heard about the exhibition through the charity and I hadn’t done a lot over the last few months in lockdown. I now have an art studio at home and do paintings for around the house anyway so I thought I might as well give it a go! I received a card for my birthday with a lighthouse on it so I based my painting around that”.

Michael served in the Royal Corps of Signals for two years. He started to gradually lose his sight and has since been diagnosed with macular degeneration and glaucoma. He says: “I heard about Blind Veterans UK when I visited the eye hospital in Reading about two years ago. I decided to look into it and they have been supporting me ever since. It’s been great to rediscover my interest in art!”