You are here: Home / News / News / Blesma’s Grand Prize Draw Launch – Support our wounded veterans and you could win £1,000

Blesma’s Grand Prize Draw Launch – Support our wounded veterans and you could win £1,000 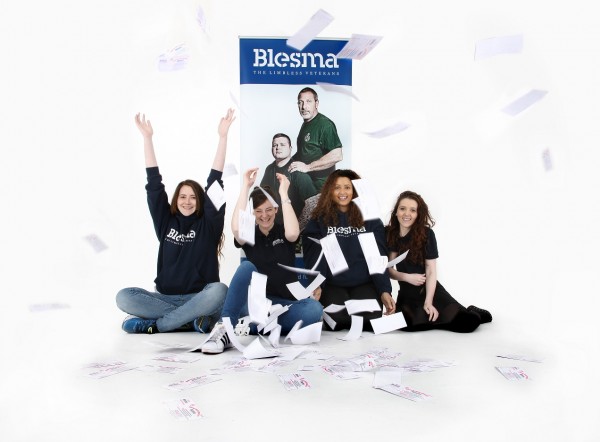 Blesma is pleased to announce the launch of the Blesma Grand Prize Draw on 23 March which is back for its third year as part of the annual fundraising initiative Blesma Week.

Blesma Week is a national week of fundraising and awareness-raising which takes place during the first week in June when communities and companies around the UK get involved by joining Blesma challenge events and organising their own fundraising events.

Entrants to the Grand Prize Draw will be in with a chance to win cash prizes of up to £1,000 plus a bonus prize of an Olympus TG-870 camera. Tickets are £1 each and come in books of 5. The first prize of £1,000 has been kindly donated by Centro PLC. The closing date for entries is 16 July, with the winners being drawn and announced on 26 July.

Community & Events Fundraising Manager, Zanika Fearon says: “Getting involved in Blesma Week is not only fun, but also helps to raise awareness about the reality of living with disability and limb loss. We are indebted to the individuals, organisations and companies who support the Grand Prize Draw and Blesma Week.  Everyone’s contribution helps to raise money and awareness so that Blesma can assist injured veterans to lead independent and fulfilling lives.”

You can buy Grand Prize Draw tickets, sell them on our behalf or do both and all profits raised through the Draw will go towards funding Blesma’s vital work supporting injured serving personnel and veterans.

To enter the Grand Prize Draw or to find out more about Blesma Week, call 0208 548 3517 or email fundraising@blesma.org. Information can also be found online at https://blesma.org/support-us/blesma-week/