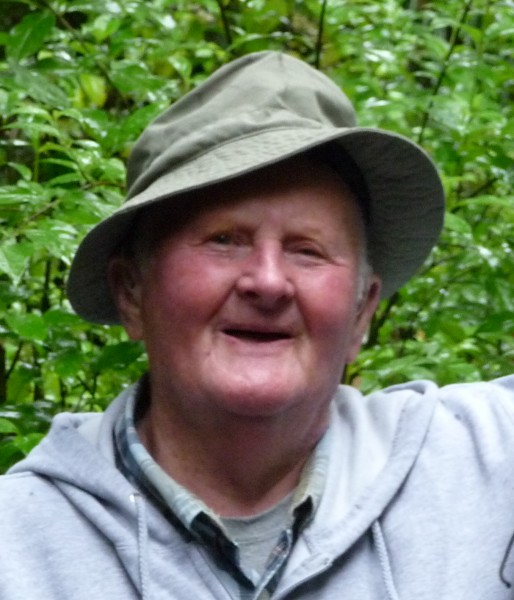 A blind veteran from South Gloucestershire who has received vital support from Blind Veterans UK, the national charity for vision-impaired ex-Service men and women, will be contributing to the charity’s show garden at the prestigious RHS Hampton Court Palace Flower Show this July.

David Thomas, 88 and from Chipping Sodbury, will be making his own miniature garden  that will appear in the main garden as part of a special week of activities for blind veterans with green fingers held at the Blind Veterans UK training and rehabilitation centre in Llandudno.

David, a lifelong gardener, served in the Royal Air Force (RAF) during his National Service from 1947 to 1949. During his two years’ Service, he worked on RAF Padgate, RAF Weeton and RAF Sealand.

Of his time in the RAF, he recalls: “The sergeant asked if I could make a tank. He had in mind a fuel tank for aircraft, however I thought he meant a square water tank! I therefore told him I could, when it came to giving it a go I seemed to do OK so the sergeant just told me to carry on – success!

“I had a wonderful time at RAF Sealand in particular, this was in Chester. I really enjoyed going to Blackpool at the weekends and just being with the lads.”

Unfortunately for David, he first realised his eye sight was deteriorating in 2012. He says: “My optician first noticed problems in 2012. I sought a second opinion in 2013 as it was difficult for me to accept.

“As it transpired, I have both age related macular degeneration and cataracts, it was a gradual process but one that’s restricted what hobbies I’m able to do. I’d have loved to visit Canada but now I’d need a carer to go with me. 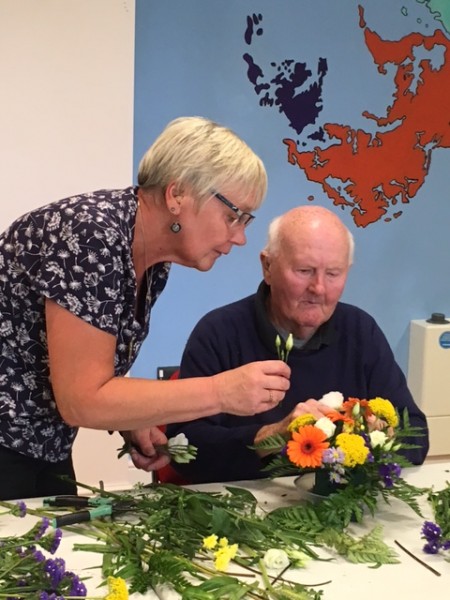 “It makes me sad to think that I can’t see very well, however I always keep cheerful. It’s a shame that I can’t do things like DIY but there are ways round it; I’ve got a battery screwdriver which helps me navigate certain issues. So long as my mind is kept active by thinking of alternative solutions, I’ll be OK.”

Indeed, David’s inspiring outlook on life is something that those around him are quick to praise him on. His daughter, Tracy, says: “We are so proud of Dad, he’s shown great courage and determination to live his life to the full, in spite of his sight loss.”

David came across Blind Veterans UK after Tracy undertook some research into what support David might be entitled to. He explains: “I attended a low vision group and I met several people who are supported by the charity. Along with Tracy, they encouraged me to apply and I couldn’t be more thankful they did. Blind Veterans UK has given me a renewed zest for life and has, amongst other things, enabled me to continue painting.

“I went to their training and rehabilitation centre in Brighton for my induction which I enjoyed, then last year I went to their Llandudno centre where I had my art training. It’s a wonderful building and very easy to get around for people with vision-impairment.

“I know that if there’s anything I need, any advice I require, I can always turn to Blind Veterans UK.”

For David, gardening began when he was 11 years old. After digging out a kidney bean trench for his father, it became a staple part of his life. He explains: “I’ve always had a garden, I even had an allotment in the 1950’s and early 60’s.

“There were two gardens in particular that I saw to, lovely large walled gardens in Horton and Chipping Sodbury.”

Despite David’s deteriorating sight loss, he maintains that gardening continues to occupy centre stage in his life. He says: “Gardening means everything to me. It is my life to have my hands in the soil and to use the water from heaven that I collect.

“If I couldn’t garden, if I couldn’t just sit in a garden and enjoy the plants, I’d be lost.”