Blind Veterans UK, which provides free services and support for all veterans, no matter when they served and how they lost their sight, was approached to take part in the programme which launched in 2015 and delivered its first training event of 2017 this week in Lancaster. Blind Veterans UK, along with other military charities, supported the project by providing a variety of speakers across the country in 15 sessions run during the last academic year, with a further 15 booked during this academic year, 2016/2017. 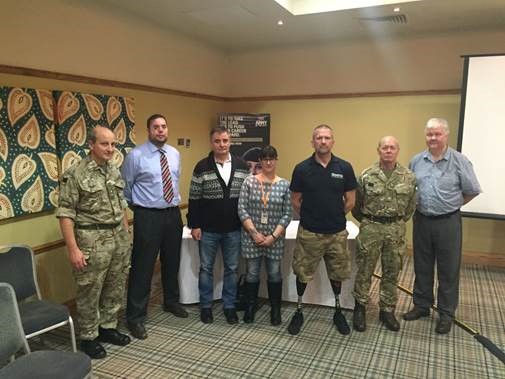 The project was set up by Lieutenant Colonel Julian Woodhouse, a GP in the Royal Army Medical Corps. It was designed to supplement the GP e-learning package for NHS staff that was introduced when veterans’ health was added to the curriculum for members of the Royal College of GPs in 2015. Julian was initially asked to teach a small group of 15 GP registrars in Buckinghamshire but this quickly extended to 100 GP Registrars for a day at the Kassam stadium in Oxford.  Since then the current model of training has been developed and delivered to approximately 1200 GP registrars and GP trainers, primarily in the south of the country.

Lt Col Julian Woodhouse said: “As someone with a military background myself, I’m passionate about improving awareness of veterans’ health issues. As a GP trainer I felt that if we can educate new GP Registrars towards the end of their training we can greatly increase the awareness of veterans’ healthcare, their specific needs and some of the sources of help available.”

The training session includes a 30 minute presentation on veterans’ healthcare from Lt Col Julian Woodhouse. This is complemented by veteran speakers who share their experiences, and take part in small group sessions with GPs or GP Registrars so doctors can gain a better insight into veterans’ healthcare needs and learn about some of the support available. Up to six different military charities are represented at each session, including Blind Veterans UK. 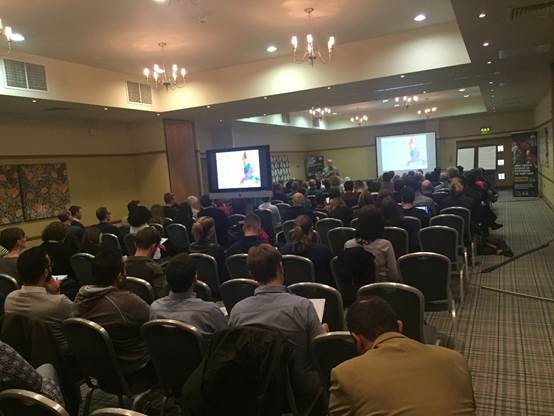 Simon Brown, a beneficiary of Blind Veterans UK, said: ‘GPs are an important audience for Blind Veterans UK as they will often be the first point of call for someone who is starting to lose their sight. Taking part in the GP training is a great opportunity to raise awareness of the free services and support the charity provides so that it can offer help as early as possible.”

Lt Col Julian said: “Blind Veterans UK has provided a great range of speakers that have enhanced the GPs’ experience and received consistently good feedback. It has been particularly beneficial to hear a range of accounts, from veterans who were blinded in service, through to veterans who completed their service years ago, but lost their sight much later in life to conditions like macular degeneration and glaucoma. They have different needs but all are deserving of support.”

Lt Col Julian Woodhouse plans to extend the training across the country, including into the military heartlands, such as the North West. He also plans to approach other colleges about delivering similar programmes in the future.

If you, or someone you know, served in the Armed Forces or did National Service and are now battling severe sight loss, find out how Blind Veterans UK could help by calling 0800 389 7979 or visiting noonealone.org.uk.