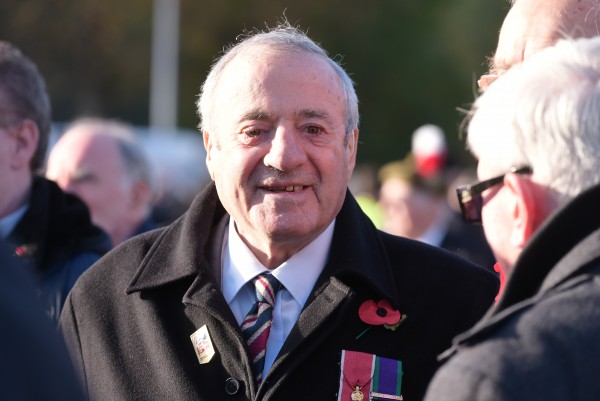 Colin, 60 and from Hebburn, has been involved with the charity for fifteen years and spoke of the “huge pride” he felt in accepting the position describing it as “the greatest honour”.

Ray, himself a blind veteran, has been supported by the charity since losing his sight in 1973. He was on his second tour of duty in Northern Ireland with the 2nd Battalion, The Royal Anglian Regiment when an IRA parcel bomb exploded in his hands. He was left totally blind, suffered severe hearing loss and lost his right hand. A fellow Officer was killed in the blast.

He was made an OBE in 2012 for his services to Blind Veterans UK and the blind community and last year received the prestigious Trustees Award at the Soldiering On Awards. This was awarded at the discretion of the Soldiering On Through Life Trust’s trustees to recognise a person whose efforts have had a significant impact on the UK’s Armed Forces Community. 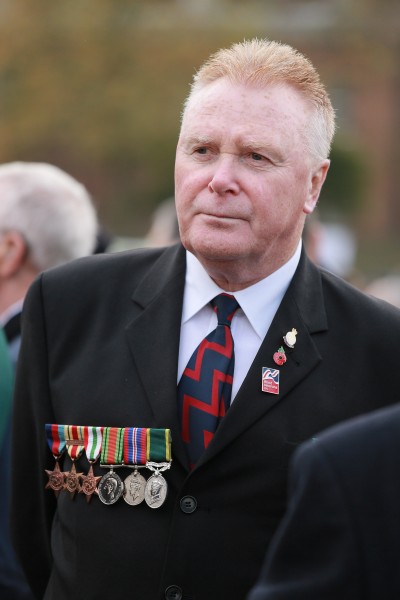 Ray says: “I was thrilled to become President of what I consider to be the finest organisation in the world. It is very much an honorary position but one of which I was immensely proud. Why — because I owed everything to, and I still do owe everything to, Blind Veterans UK.

“They gave me my life back again when we thought that life had come to an end. You’re lying in hospital thinking where are we going from here? And suddenly they pick you up and give you your life back in trumps. I’ve had experiences which are once in a lifetime that I would never ever have experienced without Blind Veterans UK.”

Colin joined the military in the Junior Leaders at the age of 15. At 17, he joined the Royal Artillery as a driver, gunner and signaller. He served in Germany and on two tours of Northern Ireland in 1975 and 1977. After his Service, Colin went on to work for BT, as a field engineer, for 27 years but continued to serve in the Territorial Army until 1989.

Colin was registered blind in 2003 after a serious assault left him blind in his right eye, and caused the sight in his left eye to deteriorate over the following years. He found out about Blind Veterans UK, contacted the charity, and started receiving support straight away.

Very quickly, Colin started volunteering for Blind Veterans UK and, amongst other things, helped organise the charity’s “Cadet Challenge” that worked with Army, Navy and Air Cadets around the country raising money and awareness. Colin went on to work as a Communications Officer and, as well as representing Blind Veterans UK at numerous events, regularly contributes articles to the charity’s monthly in-house magazine Review.

He says: “This is the supreme accolade in Blind Veterans UK and I am humbled to have been asked.

“The greatest honour is to follow Ray Hazan OBE in the role. No one has had more of an influence in this charity than him in the last 50 years. He was so often the person I turned to for advice and I am so grateful. If I can be half as good a President as Ray then I will be happy.”

Chief Executive of Blind Veterans UK, Major General (Rtd) Nick Caplin CB, said: “Ray is a shining example to all at Blind Veterans UK of what is possible and it is no exaggeration to say that his work has improved the lives of thousands of blind veterans in his more than 40 years with the charity.

“I want to thank him personally for all the support he has provided me in his capacity as our President since I joined the Blind Veterans UK family and wish him all the best for the future.

“It gives me great pride to announce Colin as our new President. He has already served the charity so well for the last 15 years and his experience working with many other military and sight-loss organisations will be a huge asset. He will be an excellent ambassador for Blind Veterans UK.”