The wartime heroics of Broughton House veterans are described in a new book compiled by a volunteer at the Salford home for ex-servicemen and women.

He has used their service records from the Ministry of Defence, their own recollections and information from their relatives to write their stories.

The Broughton House Book of Heroes so far features five current residents and five who recently passed away.

Owen is now working on the biographies of other World War Two veterans and will then focus on those who served after 1945. Broughton House is currently home to 34 veterans.

He said: “The book came about after our nursing home manager Debbie Campey asked if I would like to get involved in compiling a history of Broughton House and make a record of past and present residents’ service histories.

“I’ve always taken a keen interest in military history, so I was delighted to be offered this challenge.

“It’s an important way of honouring the debt of gratitude we owe our veterans. I passionately believe their stories and courageous deeds must be recorded and preserved.” 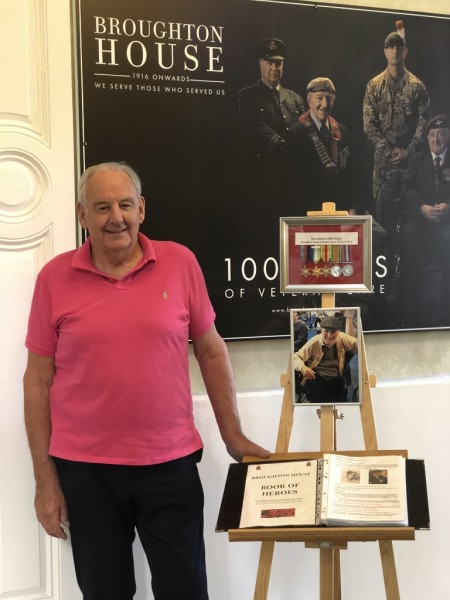 The Book of Heroes is on display in the Broughton House foyer.

The five current residents featured are:

A selection of captioned images of the five current residents is attached.