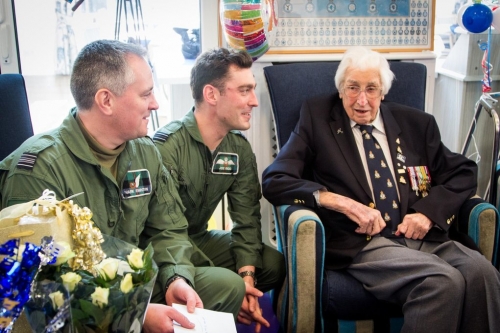 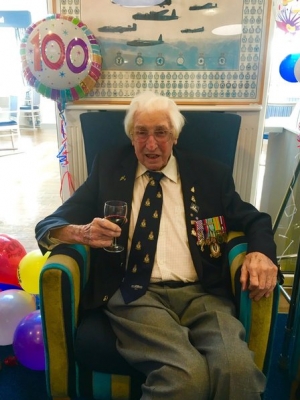 Bill also holds the title of ‘Britain’s oldest Olympian’ due to his participation in the 1948 London Olympic Games as a track runner.

Bill said: “We’ve had a marvelous party here this afternoon. I thank everybody who has sent me best wishes. And also, I’d like to thank all the people who’ve sent me presents. I can’t write to them all and thank them because I’m too old, but I hope this message gets to them. God save The Queen.”

Air Vice-Marshal David Murray, Chief Executive of the RAF Benevolent Fund said: “The Royal Air Force Benevolent Fund wishes Bill a very happy 100th birthday and congratulates him on this wonderful milestone. We’re delighted that he’s celebrating amongst fellow Bomber Command veterans at our respite centre, Princess Marina House, and are honoured to be a part of this truly special occasion.”