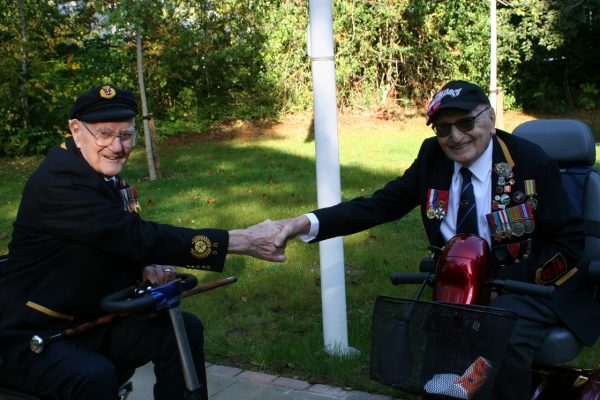 Derrick, 94, who during his wartime service in the Merchant Navy helped US and Canadian troops across the Atlantic the Allied invasion of Europe, read an exaltation in memory of those who fell in the Battle of Britain.

David, 97, who took part in the Normandy Landings on D-Day and later received the MBE for his charitable work, read a commemorative prayer.

Battle of Britain Day is celebrated to honour the 438 men who lost their lives fighting to protect our shores against a German invasion.

“Our ceremony honoured the great men killed while protecting our country, and also all of those who have served in the RAF, including six of our own residents.”