At 7.07am on 3 October 2019, three London licensed black cab drivers, collectively known as “Cabbies Do Kilimanjaro” successfully climbed 19,340 feet to reach the summit of Kilimanjaro, the final part of their epic challenge to lose weight, get fit and raise money for The Taxi Charity for military Veterans. 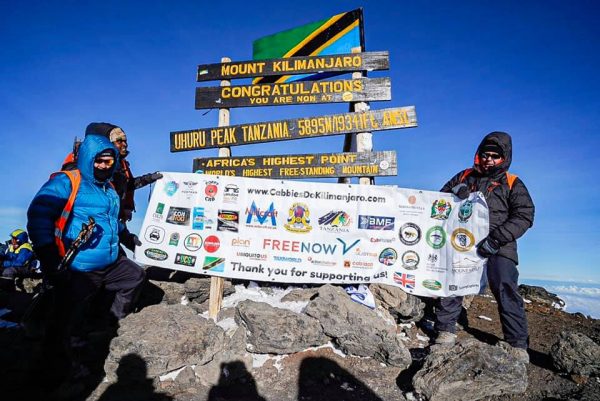 The three brave London cabbies, Daren Parr, John Dillane and Brian Heffernan took six days to reach the summit and all suffered from debilitating altitude sickness as they made the ascent.

The idea to climb Africa’s tallest mountain all started from an innocuous tweet asking fellow cab drivers if they wanted to lose weight and improve their lifestyle by training to climb the formidable Kilimanjaro, while raising money for the Taxi Charity for Military Veterans. 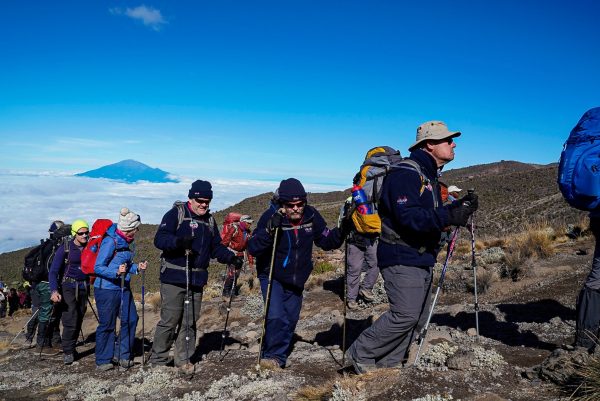 When asked what this challenge meant to them, the three London cabbies said;

“This is one of the proudest moments of my life, helping The Taxi Charity, making my family and friends proud and putting London black taxis where they belong, on top of the world.” Daren Parr

“Middle aged men can do amazing things. From being out of breath climbing two flights of stairs, to climbing the highest free-standing mountain in the world, I’m proof anyone can change their life!” John Dillane

“In his inaugural address, JF Kennedy said, “Ask not what your country can do for you, ask what you can do for your country.” The Cabbies do Kilimanjaro took this momentous challenge to raise money for our veteran’s past and present and climbing Kilimanjaro seemed a fitting way to earn their respect.” Brian Heffernan

About Cabbies do Kilimanjaro

In September 2018 a tweet was sent to fellow cab drivers asking if anyone wanted to lose weight, improve their fitness, change their lifestyle and climb Kilimanjaro to raise money for the Taxi Charity.

The cabbies have made a real impression on everyone they meet and have appeared on ITV London, BBC Radio London, London Live, LBC, as well as many print publications.

The Cabbies have been made Tanzanian tourist ambassadors and following their climb they were whisked off to enjoy a safari with their partners.