Care for Veterans resident Major Ted Hunt attended the unveiling of monuments at Oeffelt and Gennep celebrating his part in the liberation of Holland. 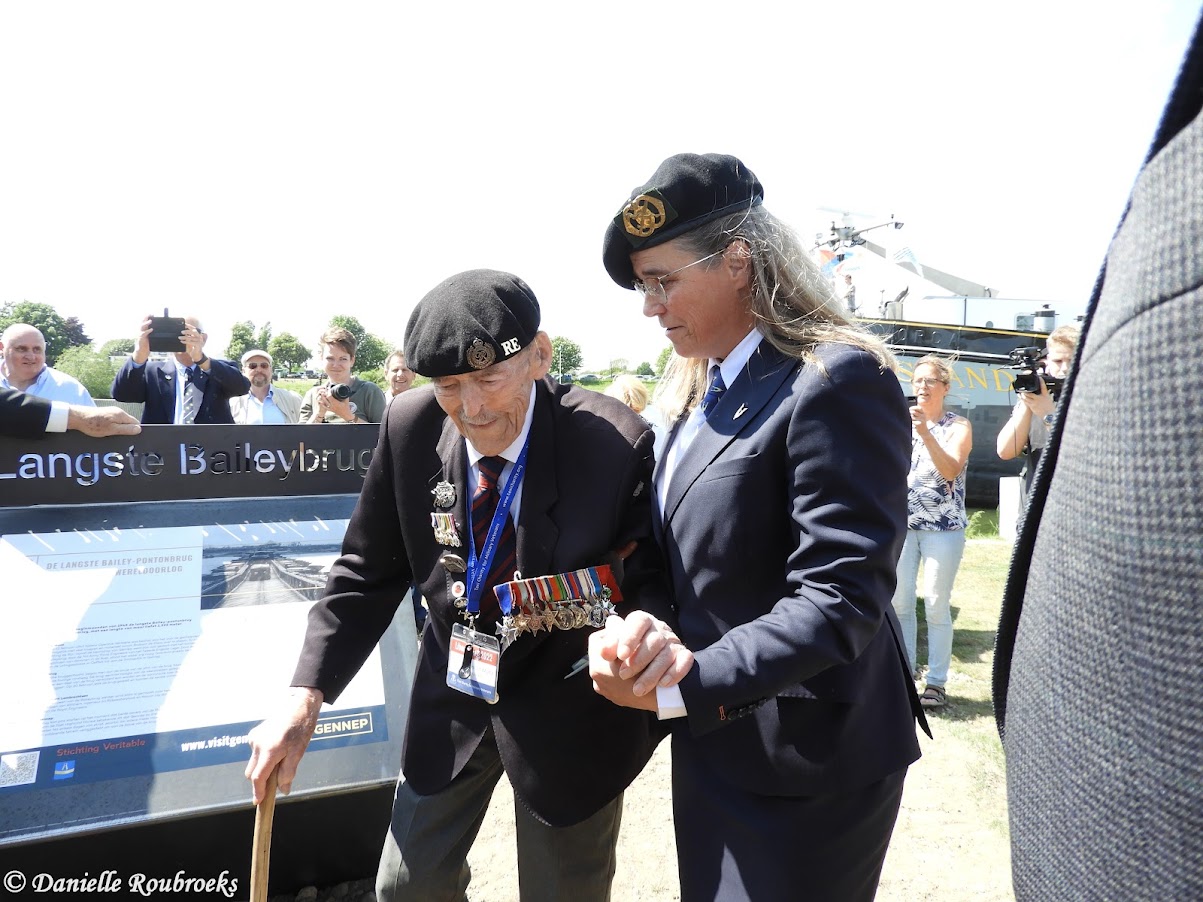 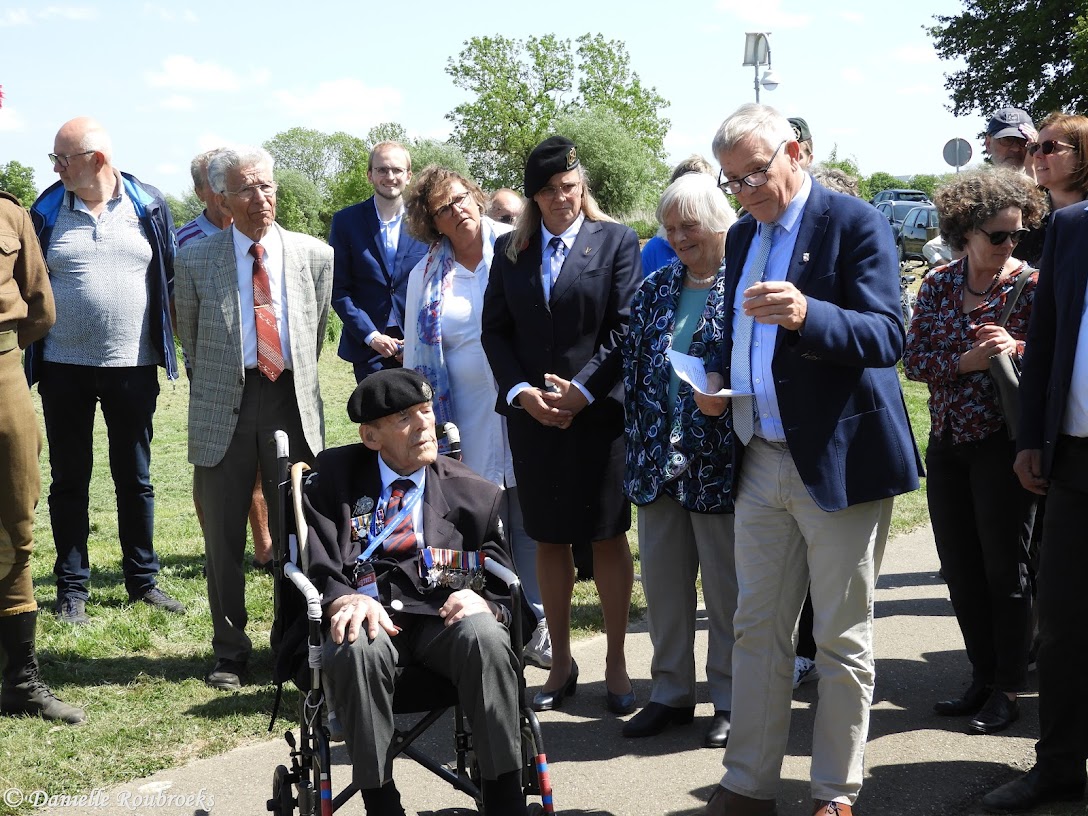 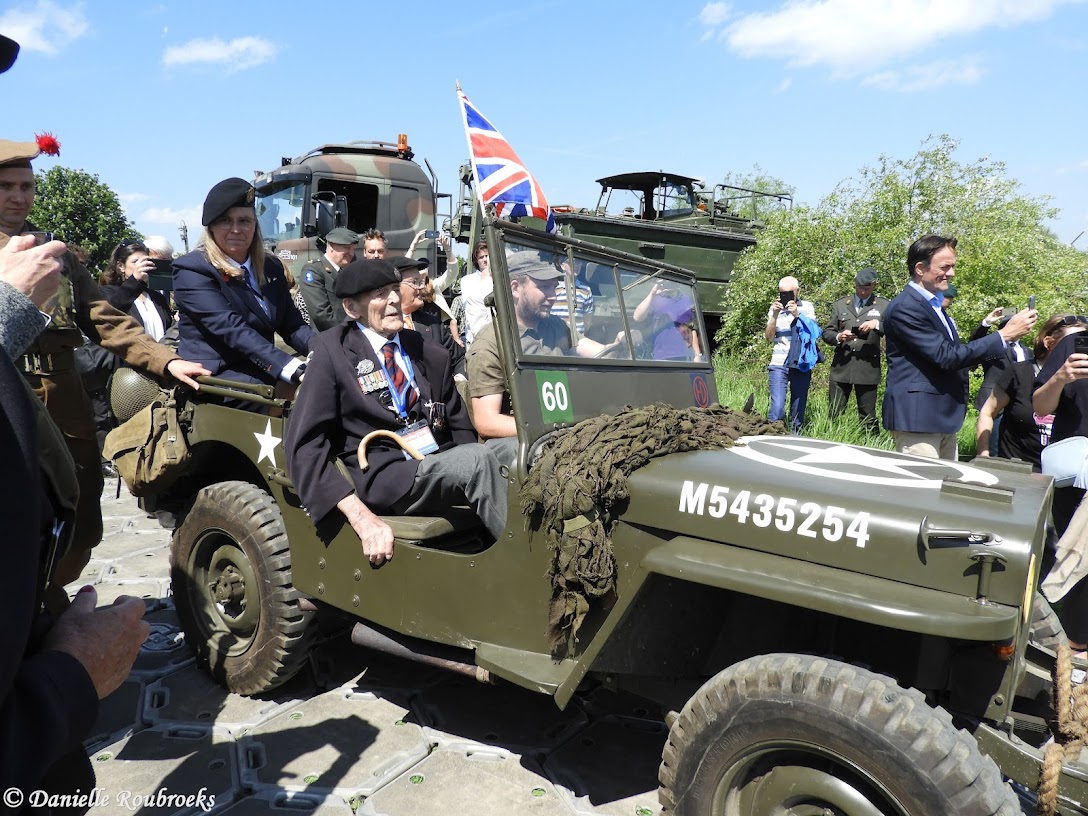 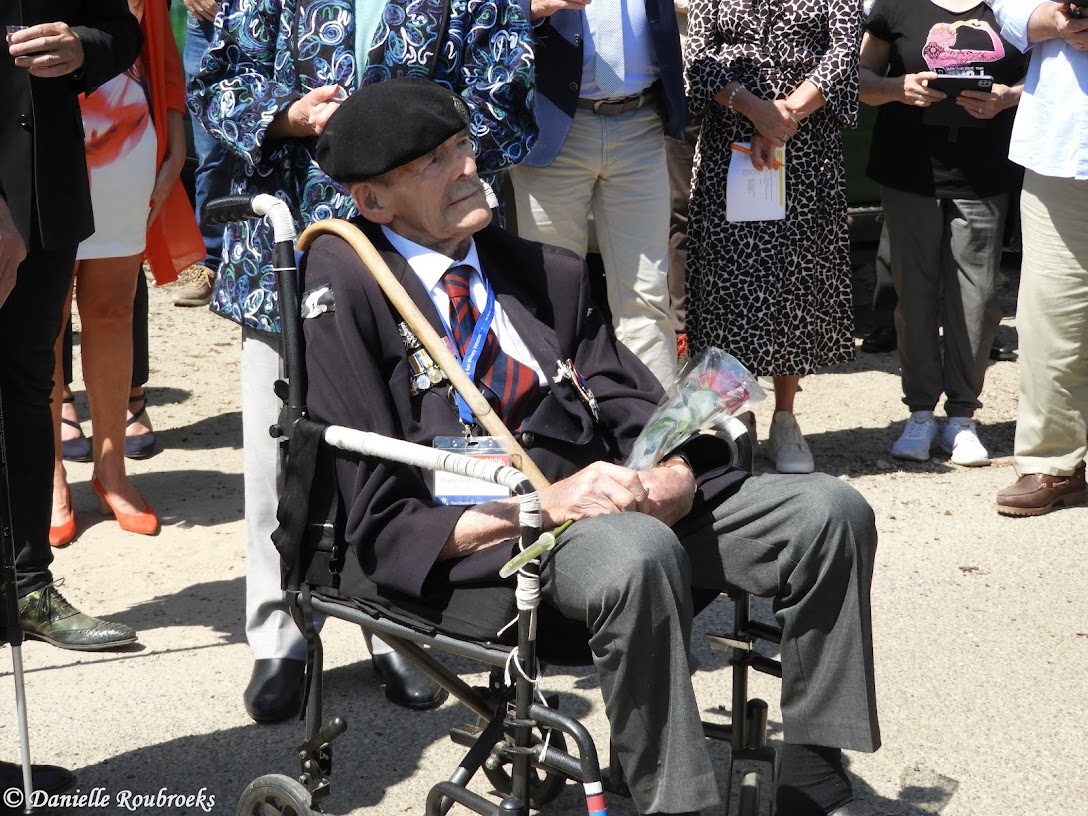 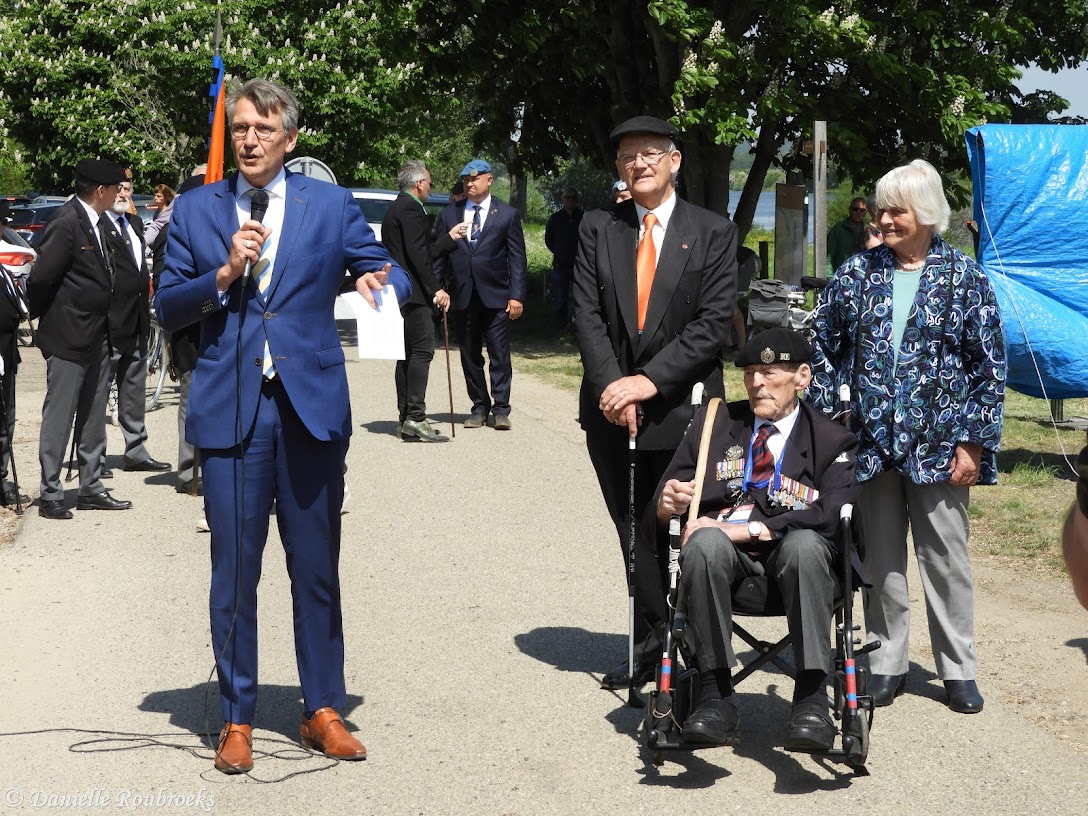 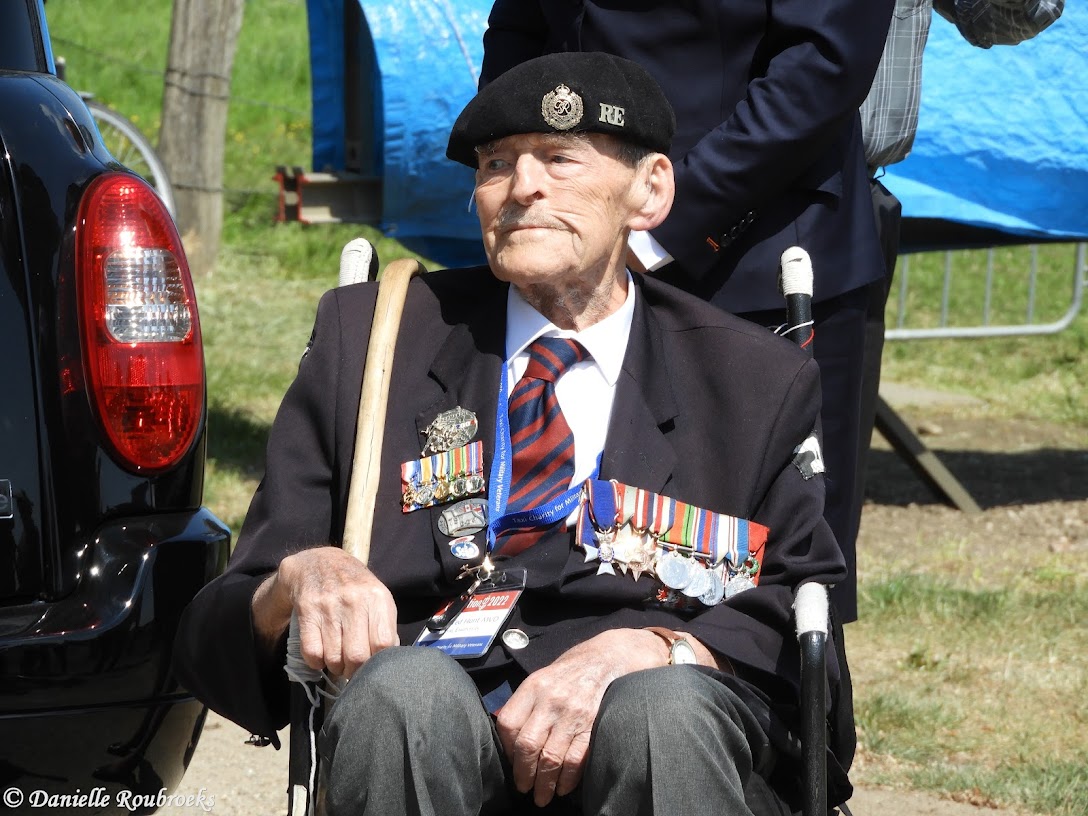 Ted is a World War Two Army veteran of the D-Day landings and the Battle of Narvik. After the war, he became a Royal Waterman and was appointed Queen’s Bargemaster in 1978. Ted retired from royal service as a Member of the Royal Victorian Order in 1990. Read more about Ted. Ted was taken to The Netherlands by The Taxi Charity to celebrate Dutch Liberation on 5 May and when the rest of the group returned to the UK, Major Ted and volunteer London Cab Driver Mike Hughes stayed behind to attend the event in Gennep.

“What Major Ted didn’t know was that the event he was attending today was not purely to commemorate building the  Bailey Bridge during WWII but was primarily to thank Ted for his contribution to this amazing feat of engineering. Keeping this secret from him for several months was not easy but seeing the joy on his face when the penny dropped that he was the guest of honour, and the day was for him was something I will never forget.”

‘These two bridge segments are a tribute to the 1222 metre, 1126-ton Bailey Bridge, that English Sapper Major Edwin Hunt MVO  and  Dutch Civil Engineer reserve Lieutenant Constant Lambrechtsen van Ritthem planned and designed. The bridge was built between the 12 and 20 February 1945 by 7th Army Engineers of the British Second Army and this masterpiece was the longest floating Bailey Bridge of WWII.”

“It was wonderful to be here today to celebrate the courage and skill of a very brave Dutchman. It was an honour for me to work with him and it is lovely for the people here today to see and recognise the result of what he did. The bridge at Gennep was the lifeline of the war as it moved on into Germany. Constant is the man to be admired I was just his dogsbody.”

“Ted is a very humble man and does not take much  credit for his part in the Bailey Bridge at Gennep but his advice and help in the building of this significant bridge is one of the major turning points in the final stages of the  war in Europe. The Taxi Charity has brought Ted back to The Netherlands on many occasions, and it was an absolute pleasure and privilege to be here with him today.”