Caring for bereaved children and young people in Army families

As part of their close relationship with Scotty’s Little Soldiers, ABF The Soldiers’ Charity is delighted to award £20,000 to support its work helping the bereaved children of Army families.

The charity believes in looking after everyone in the Army family, especially the children of those who have served their country and, sadly, lost their lives. Scotty’s Little Soldiers wants every bereaved child and young person to have access to the very best emotional health and wellbeing support, outstanding development opportunities and the chance to smile again. 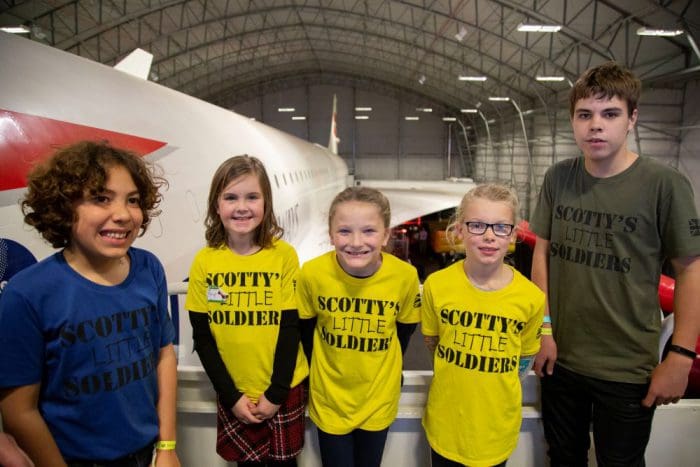 Their donation will support the charity’s core services over the next year and the funds will be used to help over 390 bereaved Army children and young people through respite breaks, bereavement sessions, peer support and other resources.

“Thanks so much to ABF The Soldiers’ Charity for their continued support and for this generous grant. Bereaved children and young people from Forces families face a number of challenges as a consequence of their parent’s death and at Scotty’s we do all we can to provide relief and remind them they aren’t alone. We are very grateful to ABF The Soldiers’ Charity for helping us to provide support to bereaved children of an Army parent.”

“Bereavement can be such a painful and difficult experience, especially for younger Army children, and the compassionate work done by Nikki’s team is always an inspiration to our charity. We are proud to support Scotty’s Little Soldiers again this year.”

Read all about Emily, who sadly lost her dad when she was two years old, and how Scotty’s Little Soldiers helped her to pursue her dreams as a West End dancer.