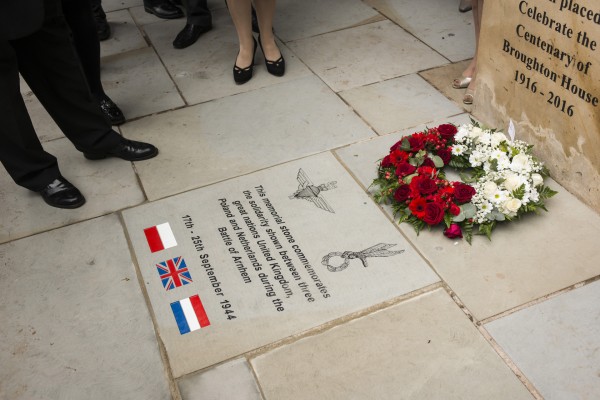 The memorial stone laid at the service

A paratrooper’s stirring recollections of the Battle of Arnhem during World War Two were read out at a memorial service.

Operation Market Garden saw British and Polish forces land behind German lines in the occupied Netherlands in September 1944. After nine days of fierce fighting, the allies were defeated.

A memorial service and tree planting ceremony were organised by Broughton House, the Salford home for ex-servicemen and women, and Life for a Life Memorial Forests, to commemorate the solidarity shown by the UK, the Netherlands and Poland during the battle.

Among the guests were: 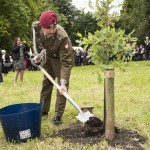 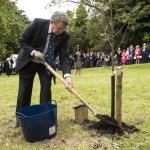 David Prior, the honorary consul to the Netherlands in the north west, planting a tree to remember the Dutch civilians. 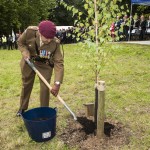 Lt Col David Macaulay planting a tree to remember the British paratroopers who died in the Battle of Arnhem.

Ralph wrote: “We’re dropping and the visibility isn’t good. Before we know it we’ve overshot the target – we land between the river and a big squad of German parachutes, young ones. We’re trapped.

“We’re on their territory and they’re not happy. They’re firing at us, getting really worked up. We try to fire back but the cover is bad.

“My sergeant gets down by the side of the glider but he lasts about two seconds. I see more of our parachutes coming down. They’re giving themselves up, they know they’re landing in the wrong place and they’re outnumbered.

“I thought they’d never shoot them but they did – shot them with their hands in the air.

“We keep our heads down and fire back. They keep pelting us so we can’t go anywhere. I have a look at my mates but I can’t see them. All my mates have been shot. I’m the only one left.

“I hear a shout. A few yards away is a German – a corporal. He runs right up to me and wraps me up in his arms, bundles me away from that other squad.

“I can’t think what to say. I don’t understand what’s happening. He puts me next to this wounded American, smashing looking lad. There’s others there too. The corporal puts this sheet of camouflage over us and leaves us there.

“He hadn’t taken me prisoner, he’d saved my life. He’d run 50 yards and got me out of the firing line. A German corporal! I couldn’t believe it.” 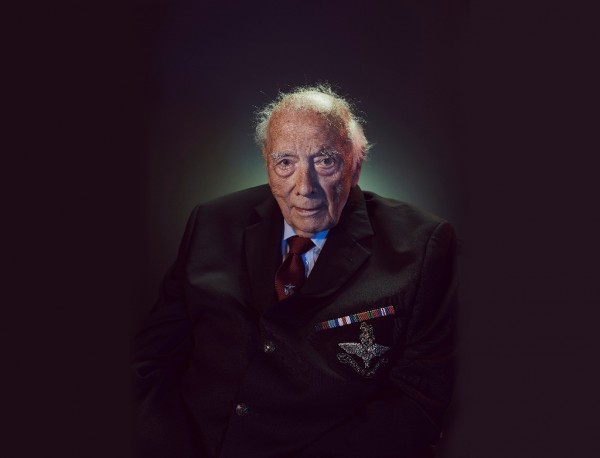 The Battle of Arnhem later inspired the hit film A Bridge Too Far.

Ty Platten, chief executive of Broughton House, said: “There was an excellent turnout for a moving ceremony and service which celebrated the unity of our great nations and was also a tribute to Ralph, who fought in the battle and sadly died last year.”

Photo 1: Lt Col David Macaulay planting a tree to remember the British paratroopers who died in the Battle of Arnhem.

Photo 2: David Prior, the honorary consul to the Netherlands in the north west, planting a tree to remember the Dutch civilians.

Photo 4: The memorial stone laid at the service;