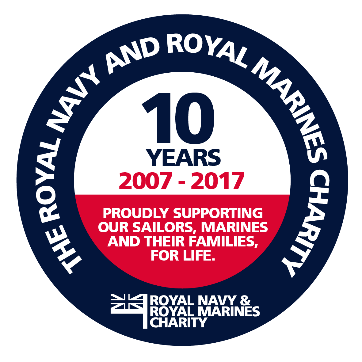 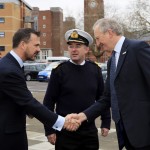 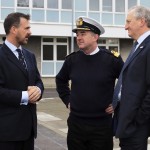 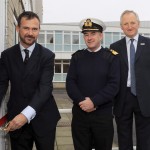 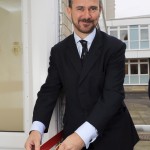 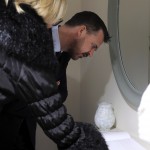 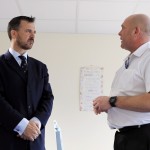 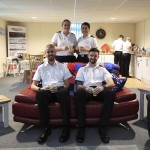 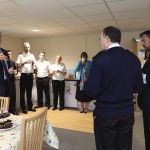 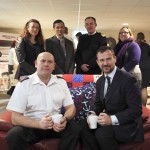 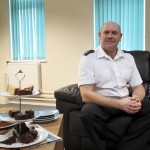 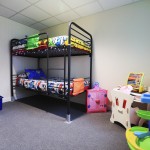 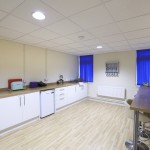 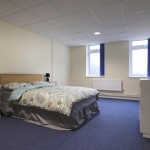 Mark Lancaster, the Parliamentary Under-Secretary of State for Defence Veterans, Reserves and Personnel, officially opened the facility on Monday 9 January.

Mr Lancaster met with the Navy Mews’ very first resident, Leading Seaman Andy Till, and heard how he and his 17-year-old daughter enjoyed staying in the property for a couple of days over Christmas. Andy was formerly reliant on local hotels to accommodate his daughter over leave periods.

“It’s just like being at home,” he said. “It really is fit for purpose. It has everything you need and my daughter really enjoyed it. She’s asked to come back but I think we should let other families enjoy it before coming back ourselves. I’ll definitely recommend it to other guys I know in my situation and encourage them to use it as well.”

The minister was welcomed onto the site by Portsmouth Royal Naval Base Commander Commodore Jeremy Rigby and RNRMC Chief Executive Robert Robson.

Other funds supporting the project include HMS Nelson’s Leisure and Amenities fund, as well as a series of donations and discounts from local charities and suppliers – such as the Company of Makers – to help finish the soft furnishings. BAE Systems additionally supported the project, delivering the flats at cost.

Among the community supporters is a team of seamstresses, who are part of service families themselves, who hand-made soft furnishings to bring a homely touch to the flats. The Friends at Number 10, as they are called, formed a sewing group as a support network in the heart of the naval family community in Old Portsmouth.

They started out by turning old uniform into things like cushions, aprons and bunting and were keen to show their support to the navy mews project by making throws, cushions and other soft furnishing for the flats.

The accommodation is able to be booked on a priority service, favouring single parents, or those with other circumstances affecting their ability to see their families regularly.

Royal Navy and Royal Marines Charity Chief Executive, Robert Robson, said: “We are delighted that our project at Navy Mews, in the heart of the Royal Navy, is ready for use.

“Providing these flats for our families will make it so much easier for people to spend time together and, at a time when the Fleet is at full stretch and Naval base is readying itself for the arrival of the two biggest ships in the history of the Navy, they have never been more badly needed.

“I wish everyone staying here a warm and comfortable home from home.”

Following the opening of the Navy Mews, responsibility of the upkeep of the buildings falls to the Estate Services within HMNB Portsmouth to maintain all buildings within the dockyard.

The flats can sleep between three and seven persons and are available to hire for either short periods of time, such as weekends, or as much as two weeks. Each has a full suite of modern appliances, games, televisions, kitchen ware and central heating throughout to create a home from home.