You are here: Home / News / News / Charities team up to raise funds for Cumbrian children and ex-forces personnel

The Not Forgotten
fundraising, Veterans

The Not Forgotten, a British Armed Forces charity for serving and ex-military personnel is delighted to have helped raise funds through raffle donations at the annual Michelle Jurd Trust Ball, held at prestigious Netherwood Hotel in Grange over Sands in Cumbria. 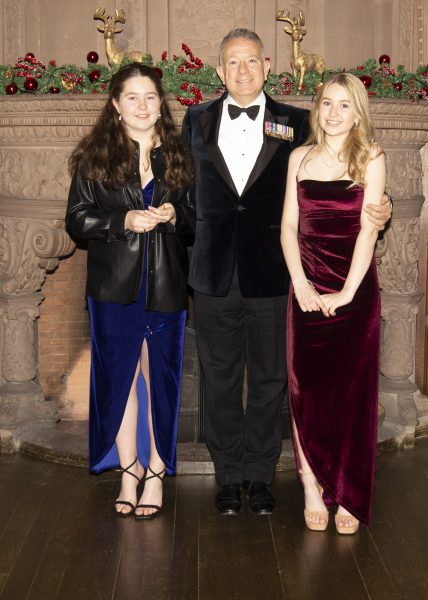 Guests enjoyed a fabulous dinner, music and dancing at the Ball, which raised over £8000 for The Michelle Jurd Trust, founded in 2011 by Neil Jurd, in memory of his wife Michelle, a helicopter pilot in the RAF who was tragically killed in a car accident.

The event was attended by over 70 guests including Trust Patron, Mrs Clare Hensman, the Lord Lieutenant for Cumbria and her husband Peter, as well as the charities new Ambassador Mr Mark Harding, a former soldier in the Duke of Lancaster Regiment from Cumbria who was left paralysed while serving in Afghanistan.

The Trust aims to support military service personnel and local children in the Cumbria region by encouraging and educating young people to maximise the benefits of outdoor adventure and enabling current and ex-service personnel to re-skill to lead adventurous learning for children.

“The Trust Ball was supported by a number of local and national charities and businesses. We are extremely grateful for this continued support which enables us to assist so many military service personnel and local children in the Cumbria region.

One our notable benefactors, The Not Forgotten, who are long-time supporters of the Ball have been generous in donating raffle and auction prizes throughout the years and this year was no exception.

We were delighted that Neil’s daughters attended on the night to sell raffle tickets and our auctioneer, John Hughes, was able to raise a significant sum from the engraved SAS whisky decanter and bottle of Whisky donated by the charity.”

Brigadier James Stopford, CBE, CEO of The Not Forgotten commented:

“We are delighted to join forces with The Michelle Jurd Trust who have kindly supported us with one-off annual donations which in turn help us continue assisting over 10,000 veterans each year who need our support.”

The Not Forgotten have been proudly supporting wounded service personnel and disabled veterans for over 100 years through a tailored and varied programme of social activities, challenges and peer-to-peer events with the aim of restoring dignity, confidence and independence.