You are here: Home / News / News / Charity It’s a Knockout tournament needs you

A knockout day of fun and games entertainment will take place in Truro next month in aid of sailing charity Turn to Starboard.

The It’s a Knockout tournament, based on the hit TV series, is returning to Malpas Park in Truro on Sunday 29 July. 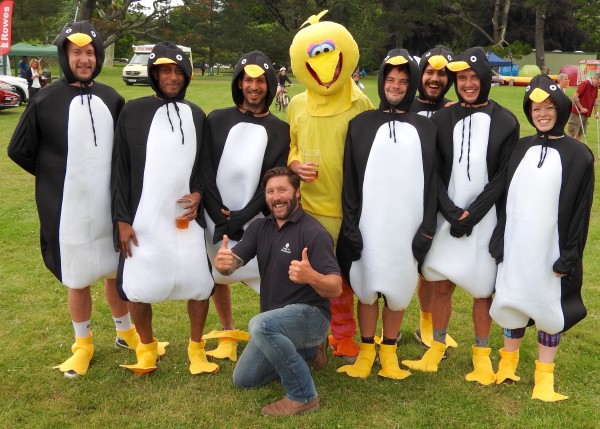 Last summer, 13 teams from across the county went head-to-head to help raise funds for the charity that help injured veterans by taking them sailing. Now the gauntlet is being thrown down again for teams to take part in the contest featuring rounds of inflatable jousting and a foam covered assault course.

Spectators are encouraged to come along, cheer on the teams and be part of the day to support the Falmouth-based charity. Hot food stalls, children’s rides and a beer tent will also add to the day, which runs from 11am until 5pm.

Betty Stogs, the iconic Skinners Brewery character, is expected to make a splash at the event with bubbles, water and mess. “Betty” is the public face of the brewery as the human equivalent of its best-selling Betty Stogs ale, names after a west Cornwall folklore character.

Organiser Neil Triggs said: “Last year’s it’s a Knockout event was a massive success and raised almost £3,000 for Turn to Starboard. This year we hope to increase the level of support with new rounds of fun and foam-filled games where teams can get wet, whacked and walloped while competing to be the It’s a Knockout Champions of 2018.

“The contest, sponsored by Watson Marlow, is an ideal teambuilding and bonding exercise for local businesses, groups or sports teams as well as the chance to raise funds for a good cause. Join forces with friends, family or colleagues to complete wacky and wonderful challenges with prizes on offer for the winners and runners up.

“Team registration is £20 per adult or £10 for under 16’s and all money raised will go directly to supporting those affected by military operations. Anyone from 8 to 80 years can take part, regardless of fitness levels, all in a fun and safe environment. Or for those just looking for enjoyable day out, just bring the family along for a fun afternoon of entertainment with free entry!”